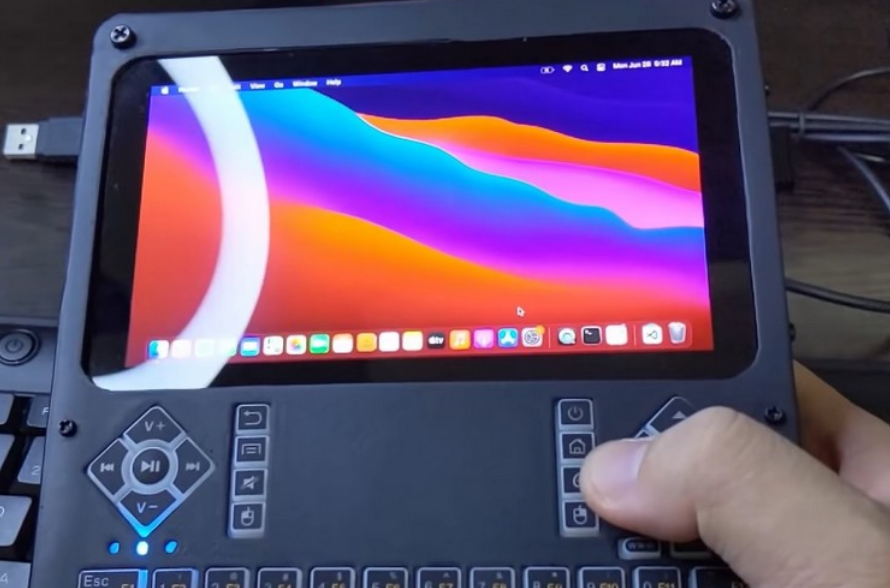 As we know, Apple doesn’t, at least not officially, permit people to run macOS on non-Mac devices. Due to the Hackintosh procedure, it does not hinder tinkers from booting the desktop of Apple on unsupported machines.

Recently, the YouTuber Ike T. Sanglay Jr. published a video that shows us how to create a DIY portable PC using the Big Sur macOS. Even though the gadget does nothing conveniently in the real world, the usage of a portable device is interesting to see the Apple desktop OS running.

Now Ike utilized an Alpha SBC (Single Board Computer) by LattePanda to construct the gadget. An Intel Core m3 CPU coupled with 8GB of RAM and Arduino Leonardo microcontroller is included in the LattePanda Alpha.

In addition, the YouTuber has a 240GB SATA SSD with a pre-installed macOS Big Sur and a bespoke 3D printing case to store the pieces. The 8-minute movie of Ike may be viewed, which brings together all components immediately below.

Once complete, the YouTuber boots the gadget, and it seems like it works well. The battery indicator, however, did not operate as anticipated, while the Interface looked good.

The cost of creating the DIY portable gadget is more than Apple’s newest M1 Mac Mini. Now, it’s worth noting.

However, that didn’t stop Ike from constructing a Mac Mini gadget because developing a portable device with a display and keyboard that can run Apple’s macOS doesn’t have much fun. Furthermore, he points out that macOS can be installed simply on UMPCs, like GPD devices. The gadget is, therefore, due to Ike’s innovative technological talents as a consequence.