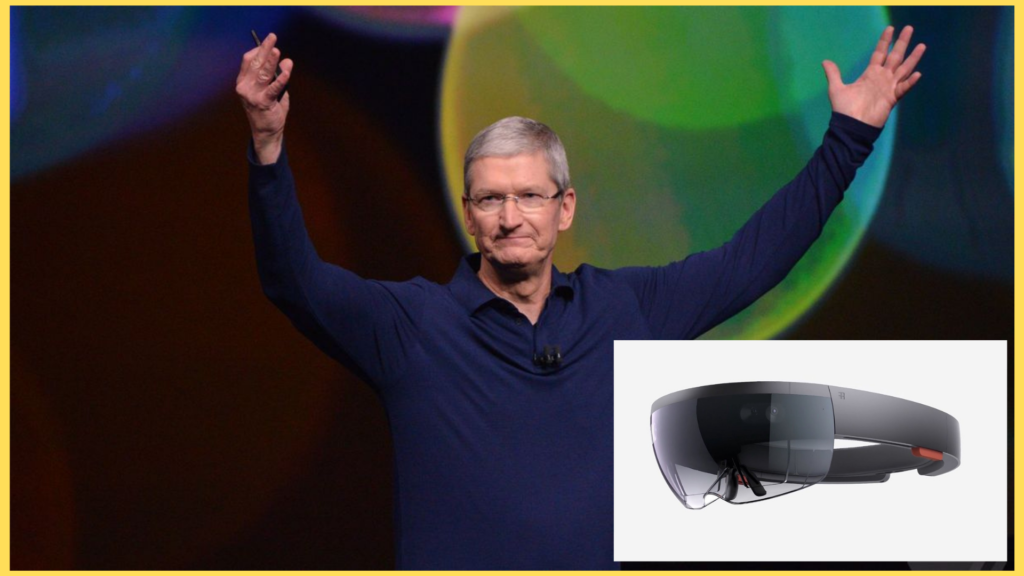 Apple’s rumored augmented reality (AR) glasses might take another five years to develop. The long-awaited AR glasses will reportedly be released in the “middle of the decade,” according to Bloomberg’s Mark Gurman. They will also be the final major product category overseen by Tim Cook, Apple’s current CEO.

According to the story, Apple is also working on an Apple Car, which is scheduled to debut around the same time as the AR glasses. Apple typically introduces three major products during the first, second, and third quarters of the fiscal year, indicating that the AR glasses might be on the company’s product line by 2025.

It’s also focusing on improving the iPhone and iPad cameras by integrating Light Detection and Ranging (LIDAR) sensors alongside the cameras, boosting the AR capabilities of both devices.

Ming-Chi Kuo, a former KGI Securities analyst, has stated that a “helmet-type” gadget for virtual reality (VR) will be released in 2022. He also stated that the AR headset would be released in 2025. Apple will release augmented reality contact lenses anytime between 2030 and 40, according to Kuo.

Furthermore, Sony micro-LED screens, as well as an independent power source and storage, are likely to be used in AR glasses. Apple’s new M1 processors, which have been powering the company’s personal computing products since last year, have demonstrated that tiny chips can offer a lot of power. It’s feasible that similar chips will also be utilized in the company’s headsets.

Despite his excellent record, Tim Cook appears to be intentional about coming up with, or contributing to, an original concept; one that pushes Apple in a new path and does not overtly borrow from its technical forebears. So, what is Cook’s secret source of creativity? The answer might be augmented reality glasses, which are similar to the Google Glass idea.

Augmented reality, or AR, is quickly becoming a popular technology statement. Snapchat’s Lens is one of the finest examples since it popularized the concept of intangible technology across the board.

Naturally, Apple is ecstatic about the potential of creating an amazing AR experience. It’s also a fantastic method for Tim Cook to solidify his legacy, demonstrating that he is a suitable successor to Steve Jobs.

When will work on all of this begin? It’s not simple to say, to be honest. However, the most essential point to remember is that much of this information is given by insiders and hence is not guaranteed. Cook may have his sights set on yet another forthcoming project that he plans to see through to completion.

Whatever the case may be, Apple’s own AR glasses are due within the next ten years. Even so, it’ll most likely happen sooner rather than later.  Meanwhile, let’s just keep an eye on the company’s growth. Even if the glasses don’t swing by quickly enough, there will always be an endless supply of iPhones to compensate.