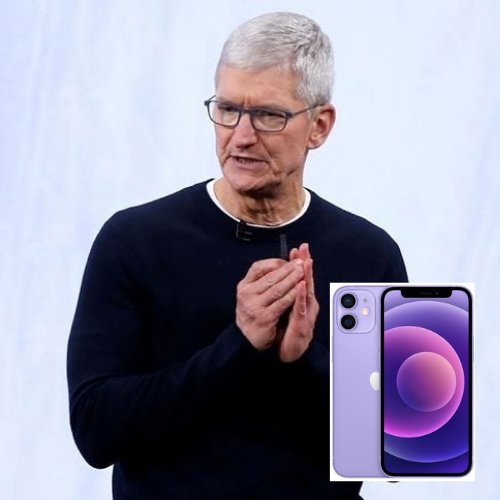 Tim Cook was called in for a video call interview with Guillaume Lacroix, the CEO of Brut, a worldwide media business, during the recent Vivatech 2021 virtual conference.

Lacroix posed a critical question to Cook regarding Apple’s plans to meet its environmental sustainability target by the deadline while releasing new iPhone and Mac products every year.

Cook began by stating that Apple is already a carbon-neutral corporation since it runs most of its internal operations on renewable energy. However, by 2030, the firm intends to make its whole ecosystem carbon neutral, from supply chains to end consumers.

Apple to build an iPhone completely with recycled materials

After Apple began utilizing 100 percent renewable energy for its operations, the CEO stated that the company has been encouraging its suppliers to do the same.

More than a hundred suppliers, according to Cook, have already committed to being carbon-neutral in the coming years. Apple CEO Tim Cook remarked,

“We like to think that we may be the ripple in the pond to produce greater good.”

Furthermore, Apple has established a goal of not using natural resources to produce new iPhones every year. Cook claims that Apple’s latest products represent their ambition, even though it has yet to achieve it.

He cited the new Macs, which contain 40% recycled aluminum, and the new iPhone 12 series, which has over 98 percent recycled rare earth materials.

Cook also discussed the usage of robotic machines like Daisy, which disassembles iPhones and recycles the parts for subsequent models.

Furthermore, we already know that Apple no longer includes a charging adapter in the packaging of its gadgets like the iPhone and Apple Watch. The move, which has sparked an industry trend, is intended to assist the firm in meeting its 2030 environmental sustainability target.

To know more, you can also check out Tim Cook’s full interview taken by Brut down below:

We believe Apple has put a lot of effort into developing innovative products that promote environmental sustainability. Initially, the company began by eliminating chargers from retail packaging for the iPhone 12 series. Apple took this move to minimize the quantity of e-waste in the environment, but it also resulted in a slew of lawsuits against Apple.