Byju’s, India’s most valuable startup, has acquired Tynker, a US-based coding platform, in a stock-and-cash deal, in an effort to boost its market expansion in the United States. The companies did not reveal the details of the transaction, but a source familiar with the transaction indicated that Byju’s might have spent approximately $200 million on the acquisition. 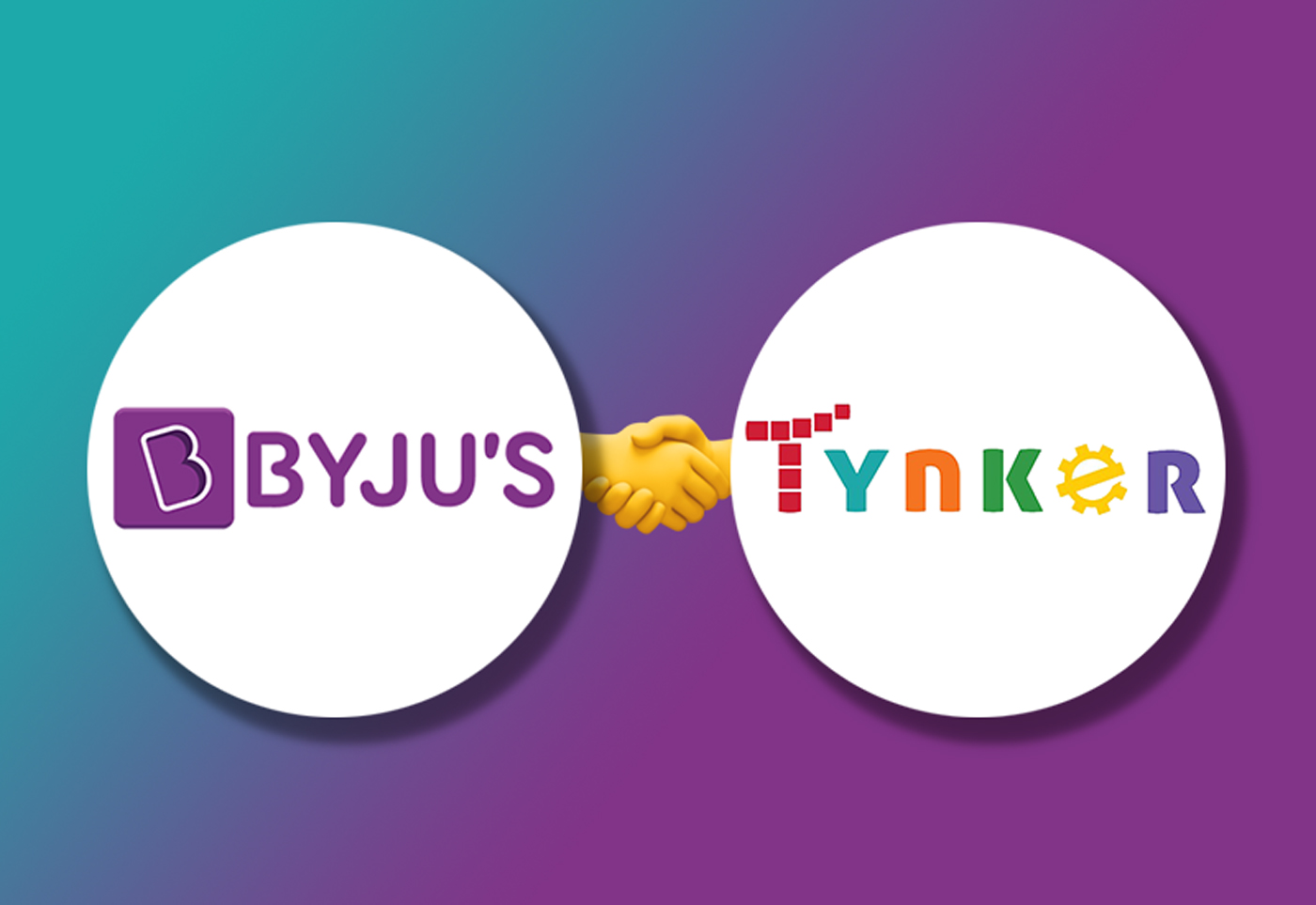 The acquisition will empower Tynker to showcase its creative coding platform to more children, educators, schools, and coding camps overseas. More than 60 million children and 100,000 schools across 150 countries have explored the creative coding platform. Tynker’s founders Krishna Vedati, Srinivas Mandyam, and Kelvin Chong will continue in their positions and administer the company’s day-to-day operations as part of the acquisition.

Tynker, which was founded in 2012, is a K-12 creative coding platform that allows children to learn how to code in order to design and power animations, games, virtual worlds, robots and drones, music, smart devices, and much more. Tynker is also likely to integrate with Byju’s Future School offerings, giving students more options.

According to Tynker, it is well-known and adored by children, parents, and educators all across the world. BBC Learning, Google, Microsoft, Mattel, and NASA are among the noteworthy partners who are supporting it in accomplishing its objective. Tynker is also noted for being a pioneer in offering entertaining and engaging coding games and puzzles to the Hour of Code, a worldwide initiative that introduces individuals of all ages to computer programming and attracts millions of students every year.

Byju Raveendran, founder and CEO of Byju’s said in a statement, “Joining forces with Tynker will unlock the ability for us to bring imagination to life for hundreds of millions of students through coding.”

Byju’s introduced ‘Future School’ in April of this year, strengthening its presence in the United States, United Kingdom, Brazil, Indonesia, and Mexico. According to media reports, the startup, which was valued at $16.5 billion following its last funding round in April, is reportedly in talks with investors to raise $1.5 billion at a valuation of almost $21 billion.