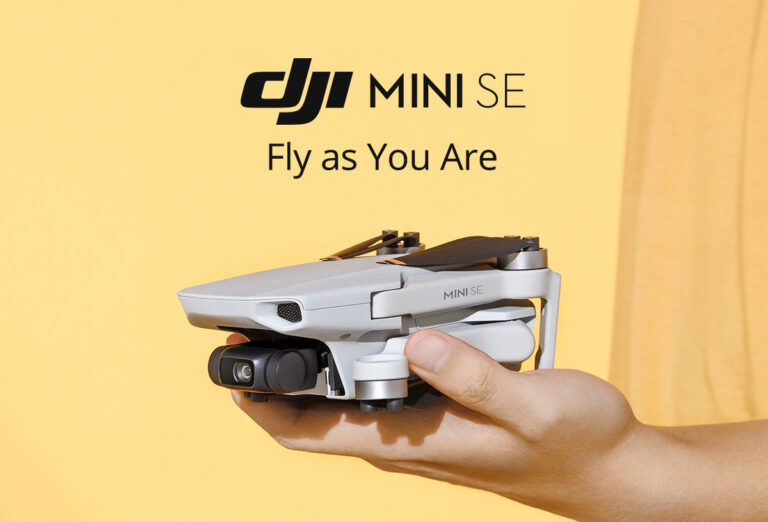 DJI is the world’s biggest drone manufacturer, with a diverse range of drones for a rising worldwide customer. The DJI Mini SE drone was leaked to the US market by Walmart last month, signaling an upcoming release in the US.

However, the following developments have shown that a US release of DJI’s newest portable drone is unlikely – at least for the time being.

The Mini 2, DJI’s flagship entry-level model, will suffice in the US and other established regions. DJI has announced the DJI Mini SE, and it will be accessible in certain regions outside of the United States and Europe.

The tiny drone is already available on select DJI websites, such as DJI Brazil, and sales in Malaysia have begun. The DJI Mini SE is a customized drone designed to meet the demands of newcomers to consumer drones in emerging countries. It has some basic drone functions and is reasonably priced.

The DJI Mini SE appears to be a modified version of the DJI Mini 2, known as the DJI Mavic Mini, with a lower price tag. In reality, the Mini SE incorporates internal components from the Mavic Mini and the shell from the Mini 2, resulting in increased wind resistance.

Despite this, it performs much better than the Mavic Mini and has a more appealing price. The DJI Mini SE shares many of the same characteristics as the Mavic Mini, such as 2.7K video recording, 20 minutes of flight duration, 2.5-mile Wi-Fi range, 12MP photo capacity, and 3-axis gimbal configuration. The DJI Mini SE is around 250 grams in weight.

The DJI Mini SE costs RM 1,349 ($325) in Malaysia, which is more than the device’s $299 price tag from Walmart last month. According to the firm, the DJI Mini SE will also be accessible in Russia but not in other European nations like the United Kingdom.

DJI Mini SE is a new cheaper drone by DJI, one of the cheapest drones featured by DJI. The drone, for now, is only available in selected markets; however, we will have to wait for more to see DJI unveiling its mini SE to other leaks. We will be updating you with the latest stuff in the future; until that, stay tuned to TechStory for more.