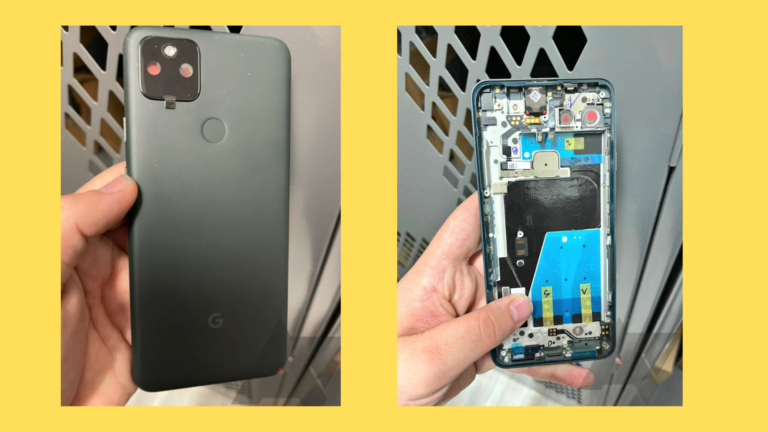 Google is releasing its budget-friendly Pixel 5a 5G smartphone ahead of the introduction of the Pixel 6 series later this year. According to earlier speculations, the Mountain View behemoth would unveil the gadget on August 26. According to the newest Android Police rumor, Google will unveil the Pixel 5a tomorrow, August 17th. In addition, the story includes leaked photos of the Pixel 5a’s components.

Google Pixel 5a – Latest leaks and rumors on specifications

According to prior reports, the Pixel 5a would have a 6.4-inch display with a 90Hz refresh rate. It will be a Full HD+ display with a maximum resolution of 2340 x 1080p, according to reports. Furthermore, previous OnLeaks renderings imply that it would include a punch-hole cutout to house the 8MP selfie camera with an 84-degree field of view.

Google’s attitude for the Pixel 3a and Pixel 4a has been that one camera lens is plenty, especially since the company’s picture processing software is on hand to perform all the hard lifting. According to leaked specs from Hemmerstoffer, the Pixel 5a may take a leaf from the Pixel 4a 5G’s book and include a second lens — an ultrawide angle shooter alongside the main camera. There will also be a phase detection auto focus module, according to reports.

Inadvertently confirming the leak, Google included images shot with a Pixel 5a to a blog post about HDR+ advances. Google includes a photo taken using an ultrawide angle lens among the images. In other words, the Pixel 5a will use the Pixel 5’s back camera module, which has a 12.2MP primary sensor and a 16MP ultrawide angle lens. Previous cheap Pixel phones have used the same optics as the premium Pixel six months before, so such a change would be consistent with Google’s previous practices.

Moreover, according to one report, the Google Pixel 6 is scheduled for a major camera update, with three back lenses. If that’s the case, it’ll help differentiate the Pixel 6 flagship from the less expensive Pixel 5a, something Google failed to achieve with the Pixel 5 and Pixel 4a 5G.

The actual highlight camera feature, like with previous Pixels, will be Google’s flare for computational photography, with features like Night Sight and Super Res Zoom stealing the show. Many of the picture capabilities launched with last year’s Pixel 5 are likely to be carried over to the Pixel 5a.

The Qualcomm Snapdragon 765G 5G SoC with an integrated Adreno 620 GPU is expected to power the smartphone. 6GB of LPDDR4x RAM and 128GB of UFS 2.1 storage will be included. When it comes to the battery, the leaked photos show the capacity of the battery. According to the source, the Pixel 5a would have a 4,680mAh battery, which is the largest battery capacity in a Pixel to date. It will be able to charge at a rate of 18 watts.

Aside from that, the Pixel 5a is said to have a fingerprint sensor on the back, dual speakers, a USB-C connection for charging and data transmission, and a 3.5mm headphone jack. You’ll have access to 5G, Wi-Fi, and Bluetooth 5.1 connectivity.

Google Pixel 5a – Latest leaks and rumors on pricing

In terms of pricing, prior rumors claimed that the Pixel 5a will cost $450. However, it is expected to debut first in the United States and Japan, and will be limited to those two countries.  Given how much of that phone the Pixel 5a is reported to be stealing, including 5G connection, it makes sense, but you’d think Google would want to keep the Pixel 5a under $400, or even around the $349 price tag of its predecessor. According to leaker Max Weinbach of the Mobile Tech Podcast, the Pixel 5a will most likely cost more than the Pixel 4a.