Mi 5 Pad confirmed to launch on 10th August featuring 120 Hz display & Smart pen Mi 5 Pad is expected to be released on August 10th, including a 120 Hz display and a smart pen 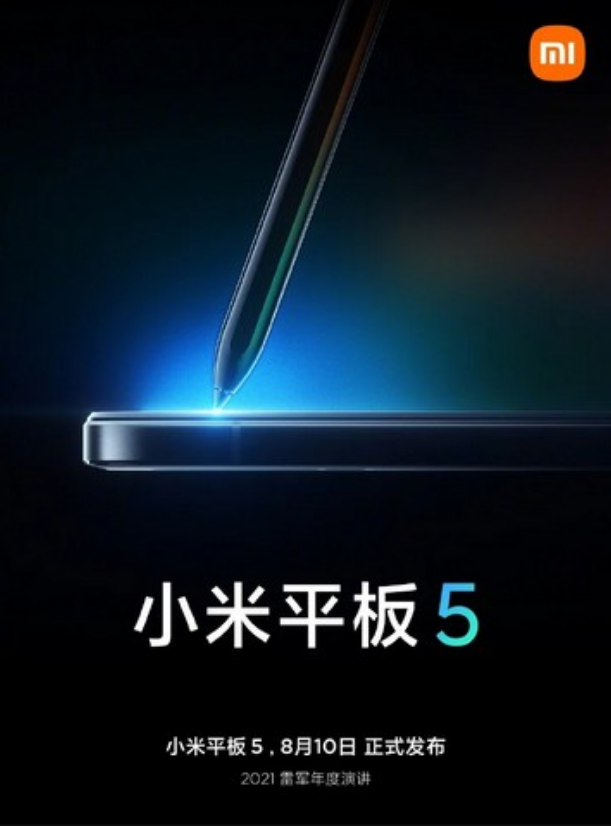 Following the announcement of the Mi Mix 4 with an under-display camera (UDC) for August 10, Xiaomi has now confirmed that the much-anticipated Mi Pad 5 will be released on the same day. According to rumors, the firm will release three Mi Pad 5 versions, including a 5G-enabled device.

Despite the fact that the firm hasn’t said much about its forthcoming tablets, the latest teaser poster (attached below) reveals that the Mi Pad 5 will accept styluses, most likely the Xiaomi Smart Pen. It bears the model number M2107K81PC and was just approved by the FCC.

Apart from the fact that the Xiaomi Smart Pen will support Bluetooth 5.0, we don’t know much about the device’s other features. Xiaomi is expected to release three Mi Pad 5 versions, according to the rumor mill.

It’ll be powered by the Snapdragon 860 and enable 33W rapid charging, according to reports. On the rear, there will be a 12MP main camera and a fingerprint sensor on the side. According to sources, China’s 3C certification body just authorized this model, which has model number 21051182C.

The device’s higher-end Pro model is reported to include a 10.9-inch 2K LCD display with 120Hz refresh rate capability. It will be powered by the Snapdragon 870 processor and a large 8,720mAh battery with a 67W fast charging capability.

A dual-camera system with a primary 20MP sensor and a secondary 13MP lens is also expected on the Mi Pad 5 Pro’s rear. On Weibo, tipster Mukul Sharma discovered the device’s leaked camera module. There will also be a fingerprint sensor on the side of the device.

Now, when it comes to the 5G model, reports claim that it will have identical specifications as the Pro model. It will, however, have compatibility for 5G connection, which will allow for faster internet rates.

These are the Mi Pad 5 variants that Xiaomi plans to release on August 10th. Along with them, the Mi Mix 4, a second-generation OLED Smart TV, and a high-end smart speaker will be released. Furthermore, we may anticipate Xiaomi teasing its forthcoming smartphone OS MIUI 13 based on Android 12 at some point during the presentation.