How Nanotechnology Is Leveraged To Convert Sea Water To Fresh Water? 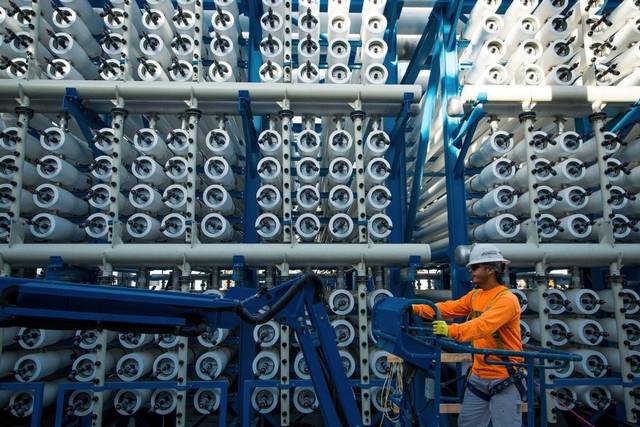 A team of researchers from the University of Manchester, led by Dr Rahul Nair has created a graphene-based sieve capable of removing salt from seawater. Though graphene was used for this purpose earlier, this derivative, that is graphene oxide is economical and can be scaled up easily. The results were reported in the journal, Nature Nanotechnology,

Though, there is enough freshwater on the planet for seven billion people, it is distributed unevenly and too much of it is wasted, polluted and unsustainably managed. Seawater could become a renewable resource of fresh water if we develop sustainable desalination technologies. Thus, Dr Rahul Nair’s development could aid the millions of people who don’t have ready access to clean drinking water.

Graphene was first isolated and characterised in 2004 by a University of Manchester-led team. It comprises a single layer of carbon atoms arranged in a hexagonal lattice. It was earmarked as one of the most promising materials in future due to its extraordinary tensile strength and electrical conductivity.

But it has been difficult to produce large quantities of single-layer graphene using existing methods, such as chemical vapour deposition which are also quite costly.

Now, this challenge has been overcome by using graphene oxide which can be produced by simple oxidation in lab. It can be composed on a substrate or porous material and can be used as a membrane.

Structure of Graphene and Graphene Oxide

To make graphene useful for desalination, one has to make a membrane with a very uniform less-than-one-nanometre sized hole which is a challenging task. But, graphene oxide membranes are proven to sieve out small nanoparticles, organic molecules and even large salts. But they couldn’t be used to filter out common salts, which require even smaller sieves.

This is because the graphene oxide membranes become slightly swollen when immersed in water, allowing smaller salts to flow through the pores along with water molecules. Dr Nair and colleagues demonstrated that placing walls made of epoxy resin (a substance used in coatings and glues) on either side of the graphene oxide membrane was sufficient to stop the expansion.

When common salts are dissolved in water, they always form a “shell” of water molecules around the salt molecules. The tiny capillaries of graphene-oxide membranes thus blocks the salt from flowing through along with the water. The size of the shell of water around the salt is larger than the channel size, so it cannot go through.

The next step for the team is to compare this with the state-of-the-art material available in the market. More research work is needed to be done to produce graphene oxide membranes inexpensively at industrial scales. Scientists also need to demonstrate the durability of the membranes under prolonged contact with seawater and ensure that the membrane is resistant to “fouling” by salts and biological material.

The ultimate goal is to create a filtration device that will produce potable water from seawater or wastewater with minimal energy input.