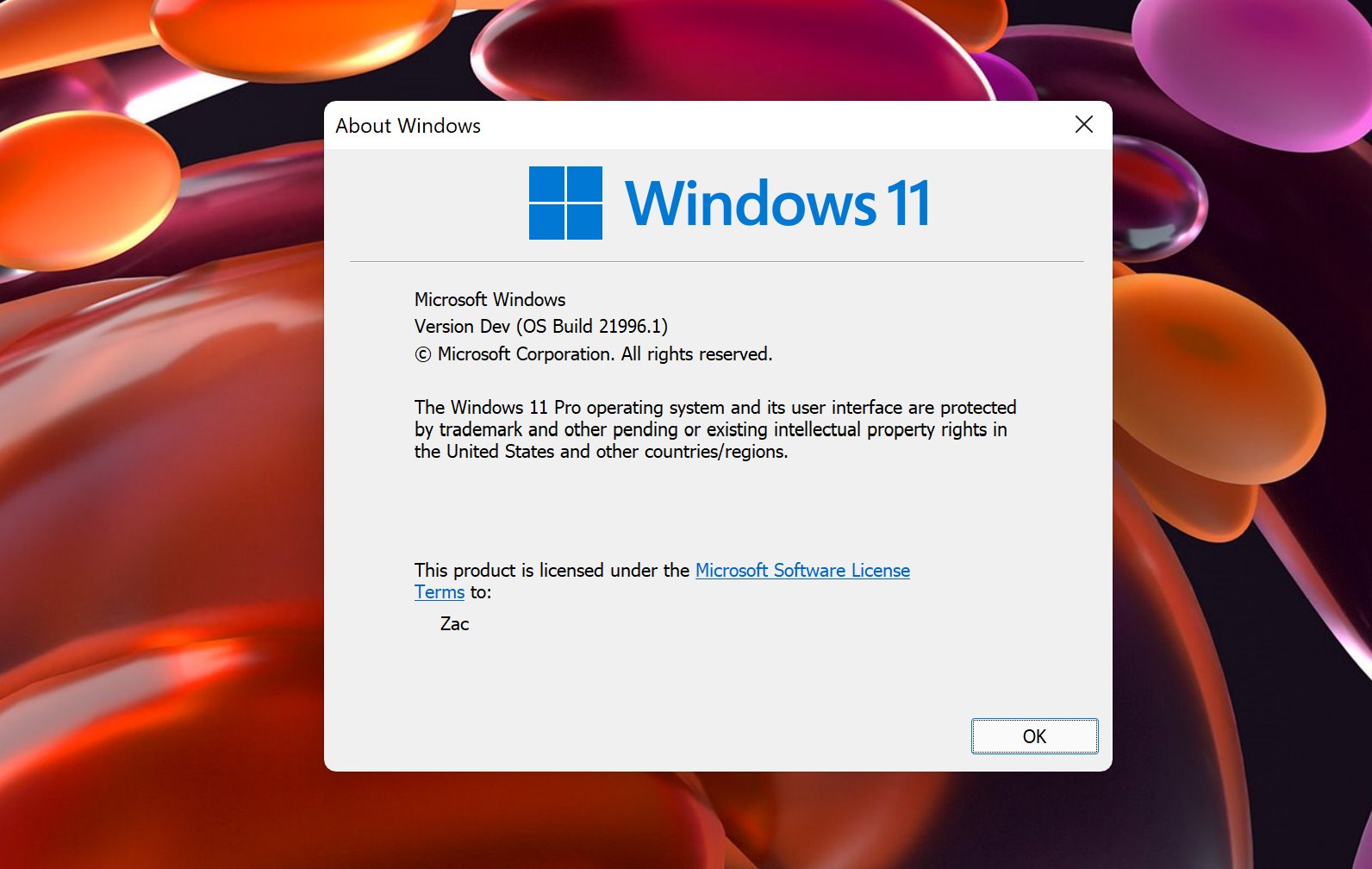 On June 24, Microsoft will hold a special event to announce the next iteration of Windows. We’ve seen a number of possible improvements Microsoft is expected to deliver with the next edition of Windows, codenamed Sun Valley, during the last several months.

With the event approaching, you must be eager to learn! And yes, new leaks have got us covered with few features for the Windows 11 which includes new UI, start menu and new startup sound here is more you should know.

Windows 11 – Will Microsoft Bring A New Name For It? 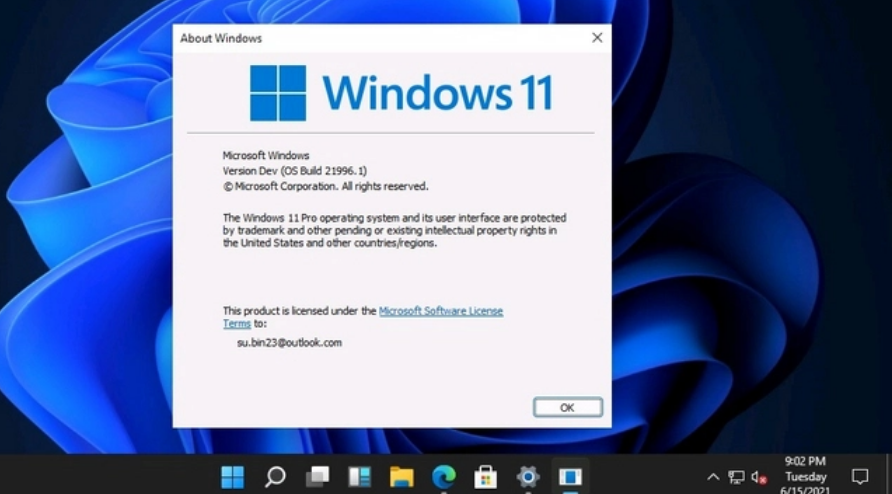 Windows 11 – Will Microsoft Bring A New Name For It?

In an unexpected change of events, it appears that Microsoft may rename the next Windows 10 Sun Valley (21H2) upgrade “Windows 11,” abandoning its prior position that Windows 10 would be the final version of the operating system.

There are several signs that Microsoft may use this moniker for its next major release.

Microsoft is the source of the first hint. The Redmond giant opted not to add horizontal lines for shadows in the logo, as you can see in the event announcement tweet below.

Join us June 24th at 11 am ET for the #MicrosoftEvent to see what’s next. https://t.co/kSQYIDZSyi pic.twitter.com/Emb5GPHOf0

Evan Blass, a respected tipper, offers yet another solid indication. Blass headed to Twitter to publish a post that hinted to the upcoming update’s name: Windows 11. Take a look at the tweet below. Based on this, it’s fair to conclude that Microsoft’s next upgrade will be dubbed Windows 11.

From the "Don't take screenshots of this build" department: a forthcoming Microsoft OS called Windows 11.

A recently leaked Windows version also clearly shows the Windows 11 logo, which is a strong indication. You may be confident that Microsoft will introduce Windows 11 next week based on this. 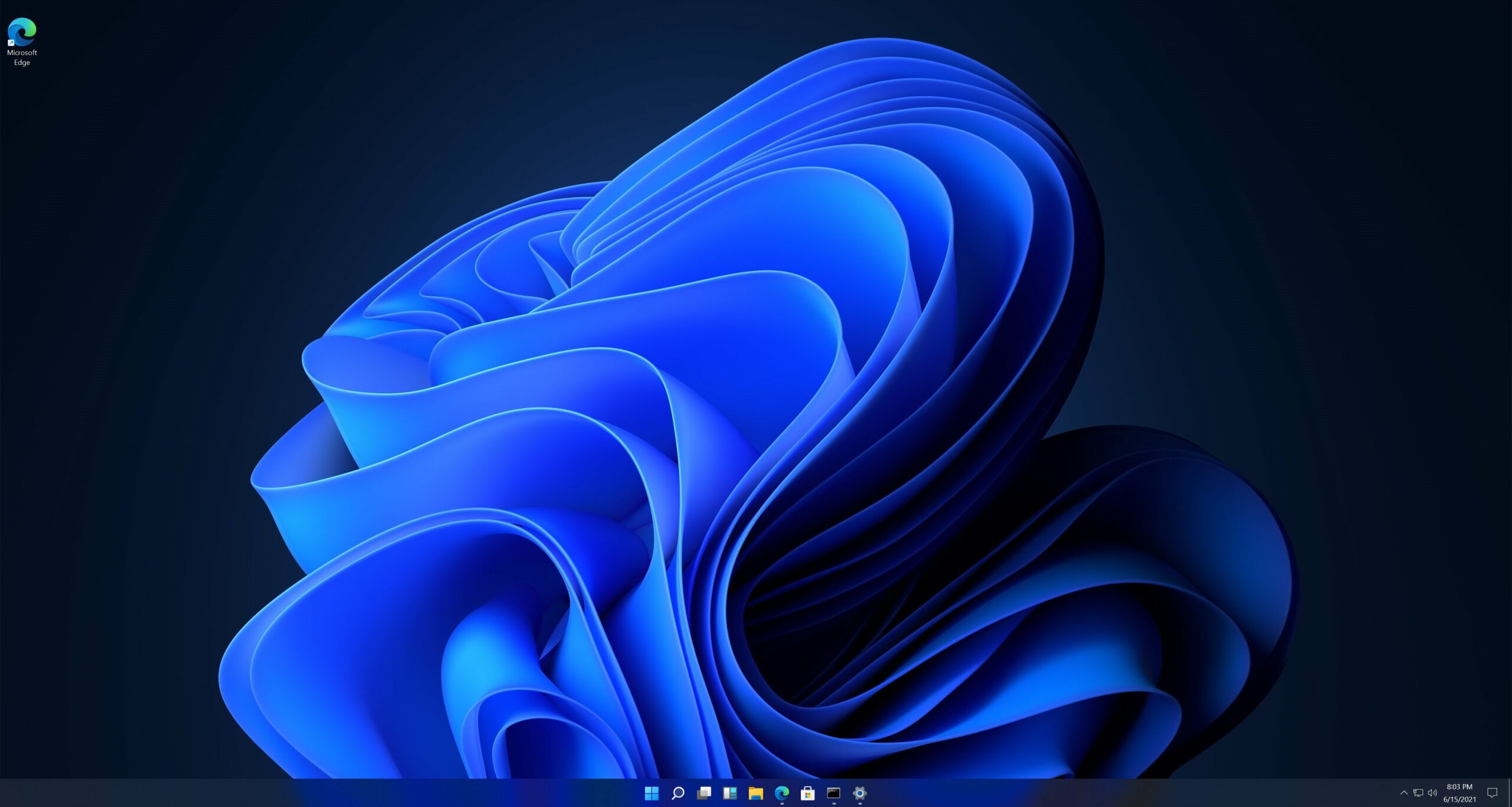 Soon after the event, Microsoft may release an Insider preview build to offer early users a flavor of its next-generation desktop OS. It’s possible that a stable release may arrive in October 2021.

Microsoft Windows 11 – What Are The New Features Expected To Be Introduced? 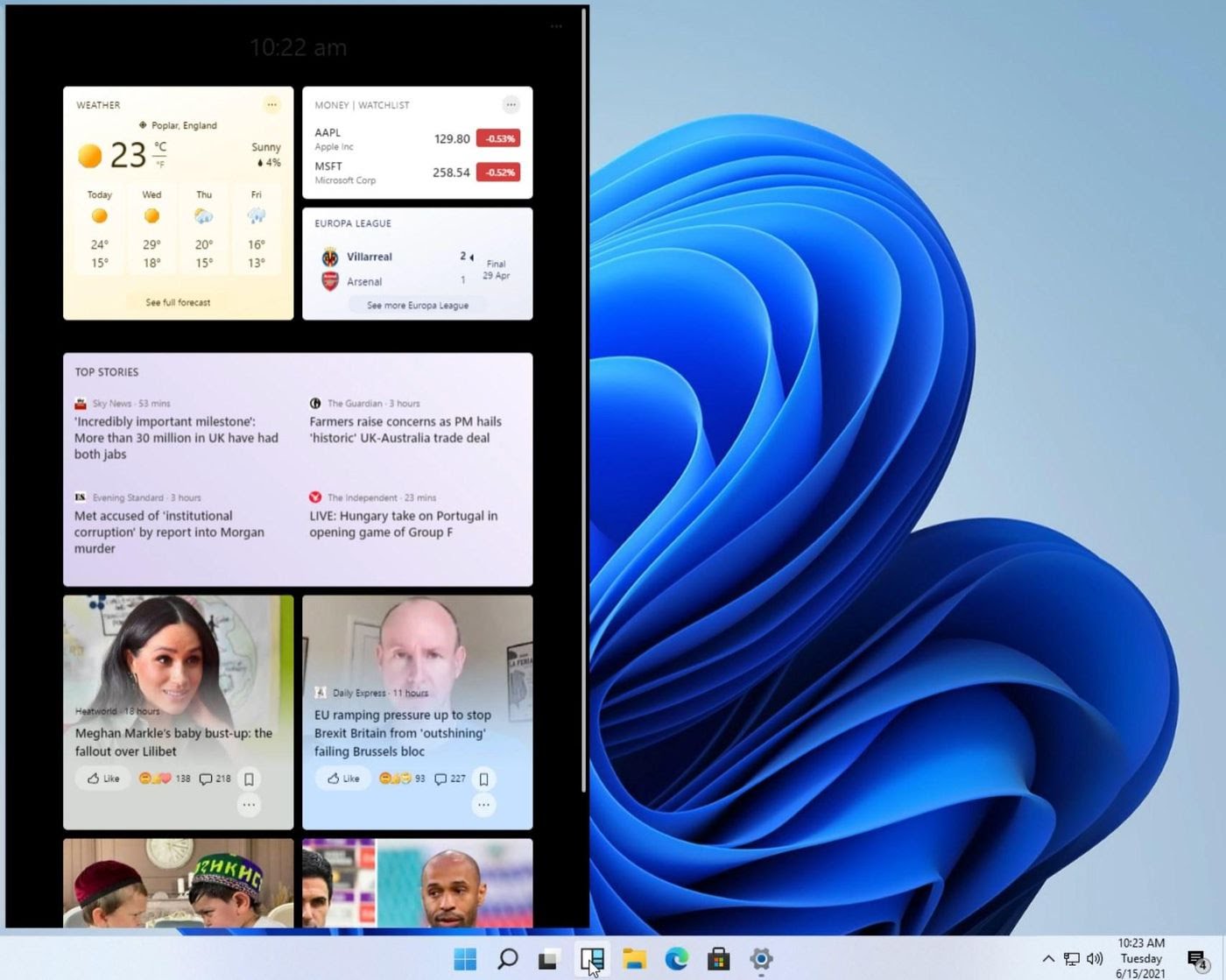 Microsoft Windows 11 – What Are The New Features Expected To Be Introduced?

The forthcoming Windows 11 operating system from Microsoft has been leaked on the internet today.

The full Windows 11 OS has emerged online, along with a new user interface, Start menu, and much more, after pictures were initially released on Chinese portal Baidu. 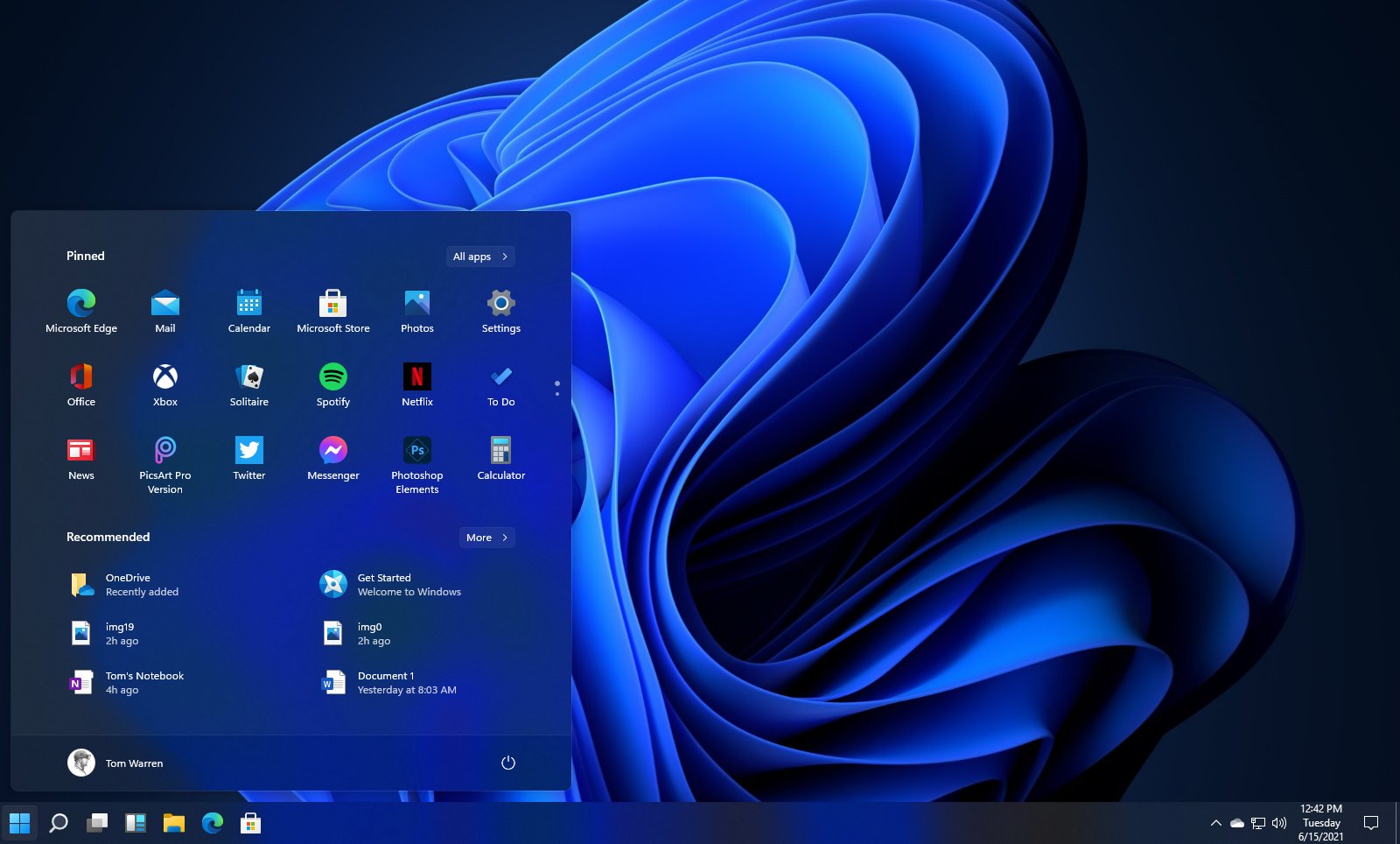 The redesigned Start menu and user interface in Windows 11 are quite similar to those in Windows 10X. Before shelving the project in favour of Windows 11, Microsoft was working on making Windows more user-friendly for dual-screen PCs. The taskbar is where you’ll notice the most noticeable aesthetic changes.

The system icons have been repositioned in the middle of the screen, the tray has been cleaned up, and a new Start button and menu have been implemented.

The whole new Start menu is a scrubbed version of the one found in Windows 10, but it lacks Live Tiles.

Pinnable apps, frequently used files, and the ability to shut down or restart Windows 11 devices quickly are all included. It’s a lot more user-friendly than what’s currently offered in Windows 10.

In Windows 11, Microsoft has also utilized rounded corners. Context menus, programs, and the File Explorer all have them.

On the Start menu, you may also see rounded edges. Because this is a pre-release version of Windows 11, not everything has been included.

More modifications to the built-in programs are expected in Windows 11, although most of them don’t appear to be available yet.

However, because a major portion of the operating system appears to be complete, we expect a beta to be released soon for Windows Insiders to test.

The taskbar in Windows 11 is by default centred, as shown in the photos above. You can, however, place the Start Menu in the left corner if that is your preference. If you’re used to it, go to Settings -> Personalization -> Taskbar -> Taskbar alignment and select “Left.”

The new snap assist capability in Windows 11 is a tiny but beneficial feature worth mentioning. In the future, whenever maximizing a window, Windows will allow you to pick the exact location of the window.

To see the new snap assist window, simply hover your mouse above the maximize button. This should substantially enhance Windows 11’s multitasking experience. 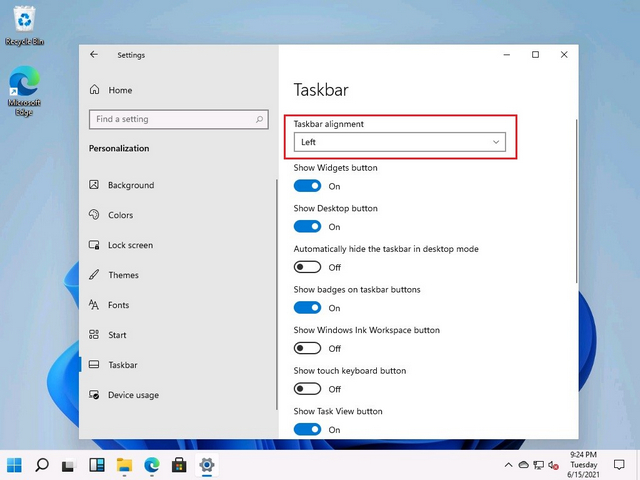 In Windows 11, you may have noticed a new icon in the taskbar named Widgets in the operating system. Microsoft is said to be bringing back Windows Widgets, and this early build looks to include some.

The widgets aren’t fully loaded in the OS because this is obviously an early version of Windows 11, but they’re meant to slide out and give rapid access to news, weather, and other online material.

Despite the fact that Microsoft’s Windows 10X operating system was abandoned, the firm is obviously recycling a lot of its work in Windows 11. Originally intended for dual-screen devices, Windows 10X was repurposed for conventional laptops before being discontinued.

Windows 10X includes a number of improvements and simplifications, and the majority of that work is still visible in this leaked version of Windows 11.

New snap controls are also available from the maximize button on all programs in Windows 11.

They’re the current versions of the operating system’s long-standing cascading windows feature. You can easily snap windows together or arrange them on your desktop in parts.

Consequently, no major changes to the Windows Store appear to be forthcoming. Because this is an early leaked version, it’s possible that any upgrades Microsoft is planned aren’t currently visible.

The Windows Store interface is basically the same as what is already accessible in Windows 10, with access to all of the same apps. 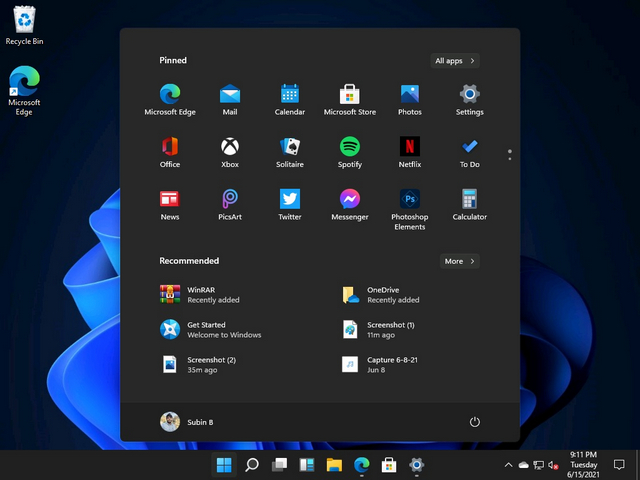 Microsoft has been said to be working on a new app store for Windows in recent months, and speculations suggest it will be a significant departure from what is now available.

Satya Nadella, Microsoft’s CEO, has stated that Windows would “open additional economic opportunities for developers and artists,” which would most likely be in the shape of a new store. 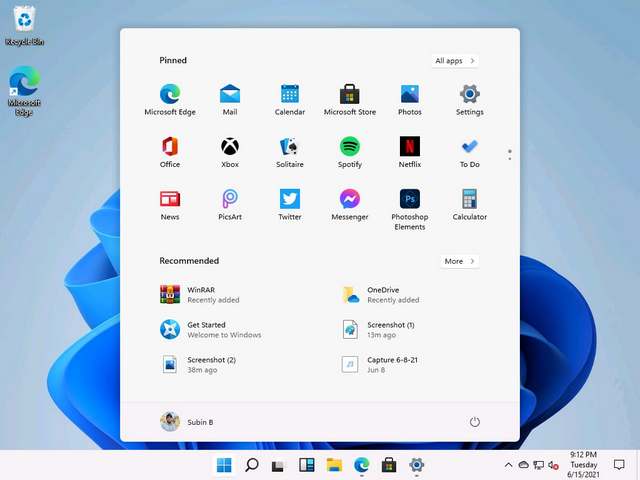 According to reports, Microsoft is revamping its Windows app store to allow developers to submit any Windows software, including browsers like Chrome and Firefox. 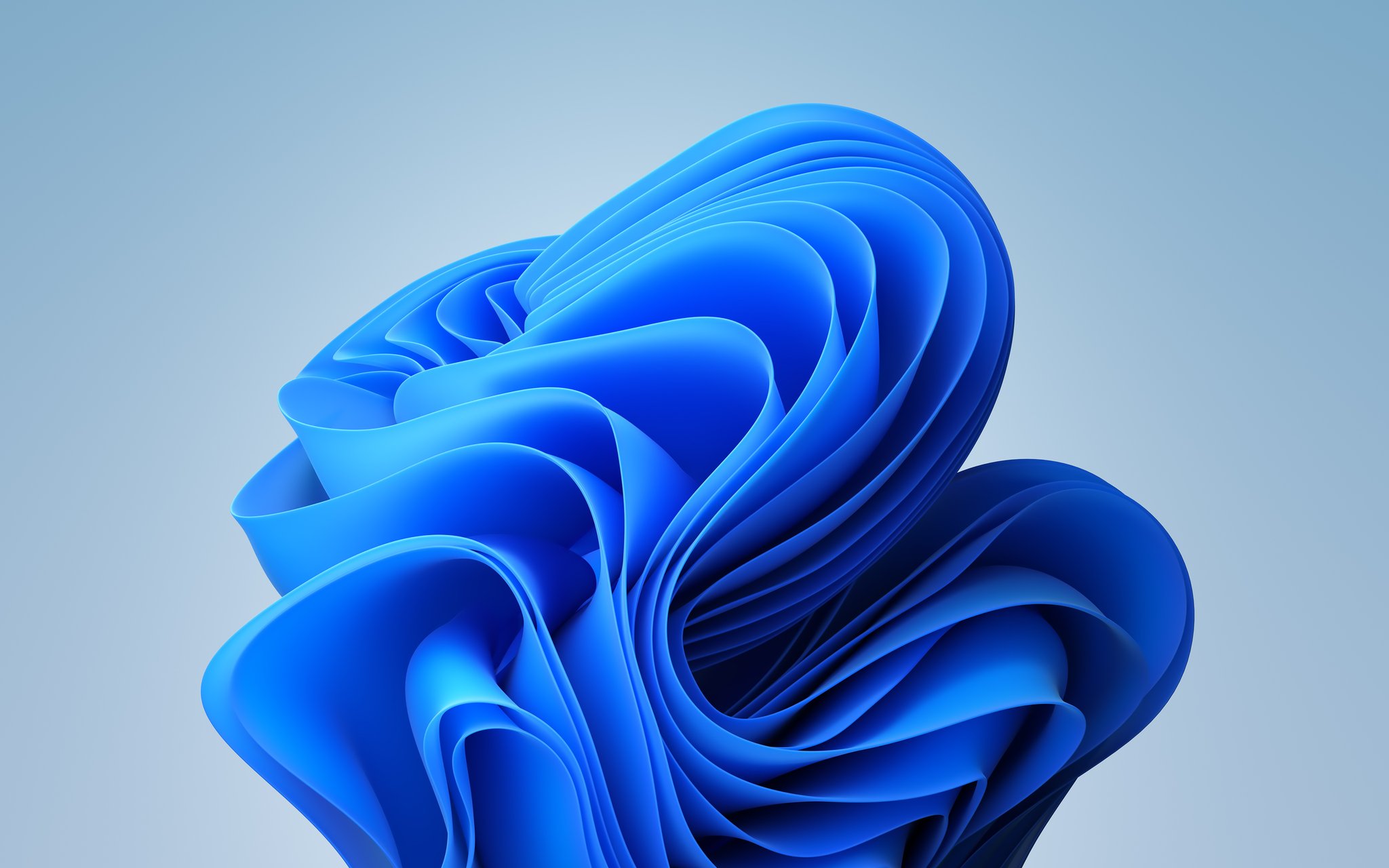 Last week, though, the Redmond behemoth promised another new feature of Windows 11: a new starting sound. According to a leaked Windows 11 build, this looks to be the case.

Today, a near-final build of Windows 11 (build #21996) appeared on the internet. It not only shows us the new desktop UI, start menu, and other new features in the future edition of Windows, but it also shows us how to use them. We do, however, get to hear the new Windows 11 launch sound.

So, put on your headphones and prepare to be surprised. The new Windows 11 launch sound is as follows:

this is the new Windows 11 startup sound pic.twitter.com/UQZNFBtAxa

In terms of additional enhancements, Microsoft has updated Windows 11 with new wallpapers. 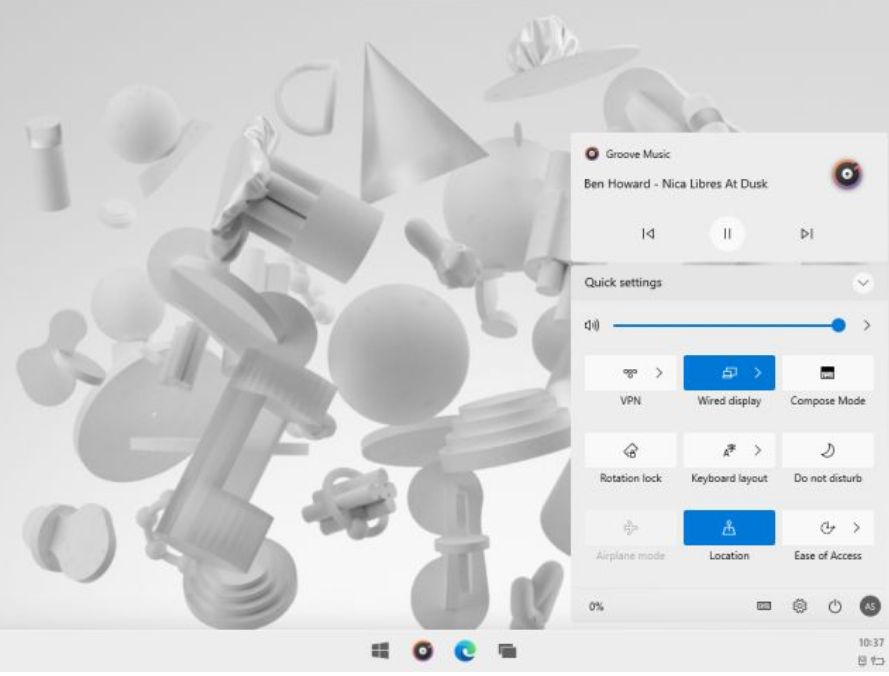 Microsoft enhanced the appearance and functionality of the Action Center in Windows 10X. On Windows 10X, for example, you don’t need to go to the Settings page to change Wi-Fi networks or Bluetooth devices.

Instead of leaving the Action Center, you can expand these options. That’s a big increase in usability, and now that Microsoft has officially discontinued Windows 10X, we could see something similar in Windows 11.

Meanwhile, read our articles on the top Windows 10X features and our guide to running Windows 10X on your PC to learn more about the operating system.

Notifications will now be stacked above the quick settings panel in their own area. In addition, a “Clear All” option will be available to delete all outstanding alerts.

Microsoft may even include a dashboard in Task View to help you manage your Microsoft account and future events. The leaked #21996 build does not include the new action center.