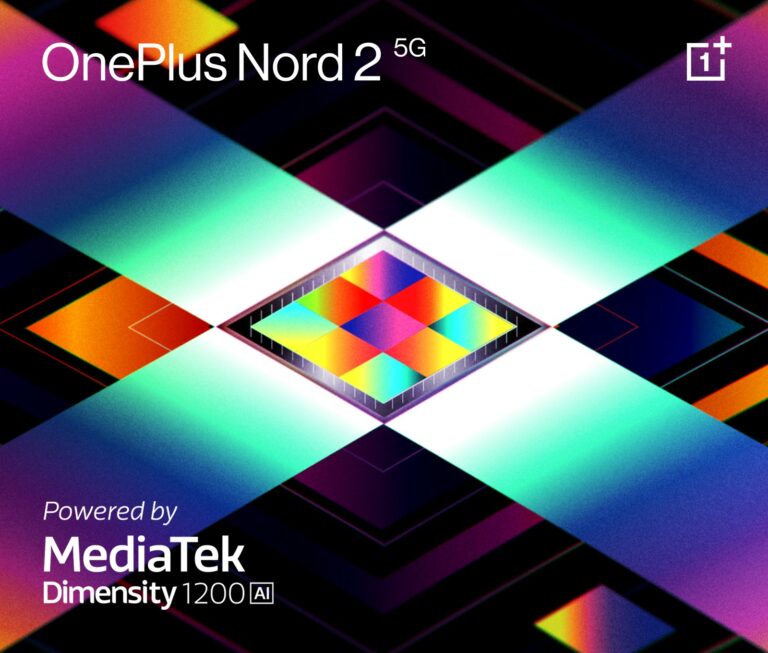 Just a month after the introduction of the OnePlus Nord CE, a new Nord smartphone is ready for its debut. Yes, today’s formal confirmations have been made of the much-awaited OnePlus Nord 2 5G. And not only that, we learned about the smartphone chipset.

OnePlus recently announced that its next flagship killer unit is dubbed Nord 2 5G in a surprising revelation. The tweet does not provide the start date and just marks the device as “soon to arrive.” In July, we anticipate it to come.

Amazon in India will exclusively be OnePlus Nord 2 5G. A dedicated landing page has already been put up. The MediaTek 1200 AI chipset is powered by the gadget. It verifies. The “1st OnePlus Smartphone to power MediaTek’s SoC” is OnePlus Nord 2 5G.

Now, you may question – how is the MediaTek 1200 AI Chip dimension different from the 1200 standard? Well, OnePlus (now combined with Oppo) says that a bespoke Dimension 1200 version with AI improvements in Nord 2 5G is going to be used.

OnePlus explains in the official Press Release some of the AI improvements. The Nord 2 5G camera has AI color improvement, enabling 22 distinct situations to be recognized and color adjusted accordingly.

AI Color Boost and AI Quality Boost technologies will also be supported, offering enhanced HDR and video resolution respectively in specific APIs. At launch, we shall learn more about the AI progress.

With regard to the specs Nord 2 5G will probably have a 90Hz AMOLED display of 6.43-inch with a selfie punch-hole camera at the front. The back has a triple camera configuration identical to the OnePlus 9 range.  It will contain the main sensor Sony IMX766 50MP, a high-speed 8MP (maybe), and a macro lens with 2MP.

In addition, you will have an increased OxygenOS battery with a 4,500mAh capacity and Android 11 (not ColorOS, as some may fear). OnePlus Nord 2 5G looks identical to the new series OnePlus 9. It might be called the OnePlus 9 Lite if it is launched officially later this month. Stay tuned for additional details.

The forthcoming OnePlus Nord 2 5G smartphone was highly speculated. Since the smartphone is supplied by OnePlus in the N-series sector, smartphone prices are usually below their premium budget.

There is no price update, but we estimate the pricing to be quite comparable to the original OnePlus Nord, which cost approximately Rs. 24,000 ($320) for the lowest model of 6 GB + 64 GB. As soon as things are formally verified, we are informing you!