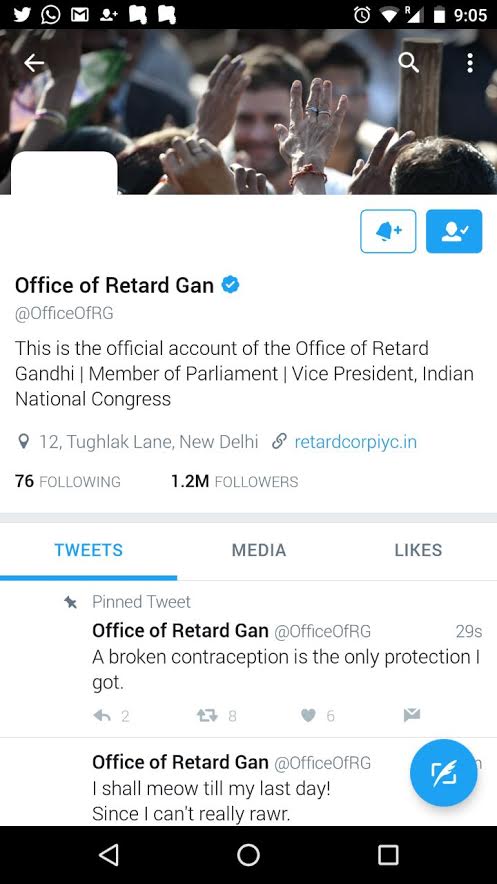 We all know what a Hacker is capable of, Mark Zuckerberg has been the most easiest of the victims. OurMine has cracked his Twitter and Pinterest account twice. (His password was ‘dadada’, yeah! Seriously!)

Latest to fall prey to hacking is none other than Rahul Gandhi, VP of Indian National Congress. His official Twitter account @OfficeOfRG was hacked and the hacker was in no intention to let go without Tweeting.

Out of 20 odd Tweets, I only can tell you these three due to obvious limitation!

“I think i’m smart, but in reality i have the brains of a 5 year old!”

“I shall meow till my last day! Since I can’t really rawr,”

“This is the carter, the carter 3 – the new testament. And i’m the god, and this is what I bless ’em with” 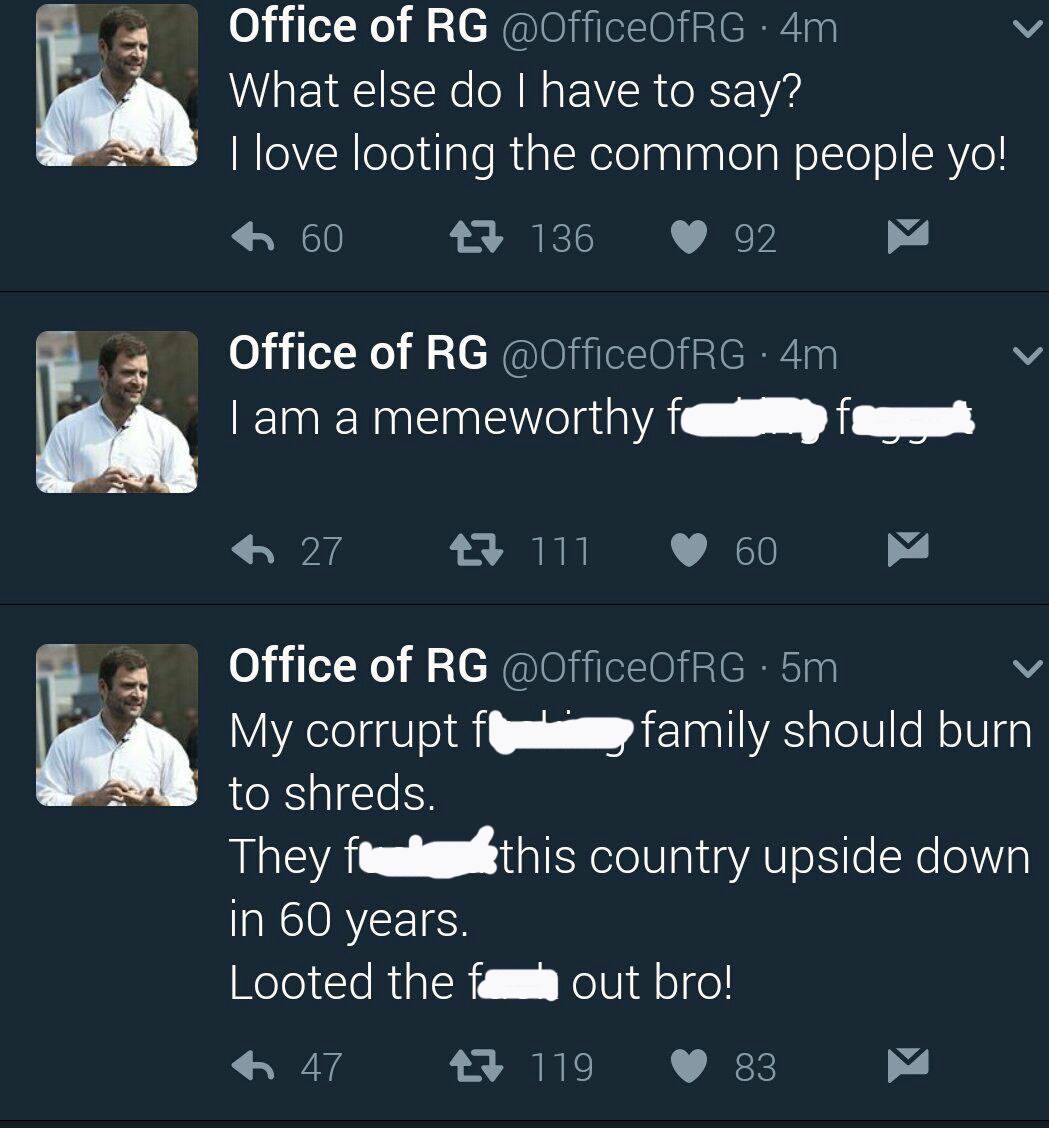 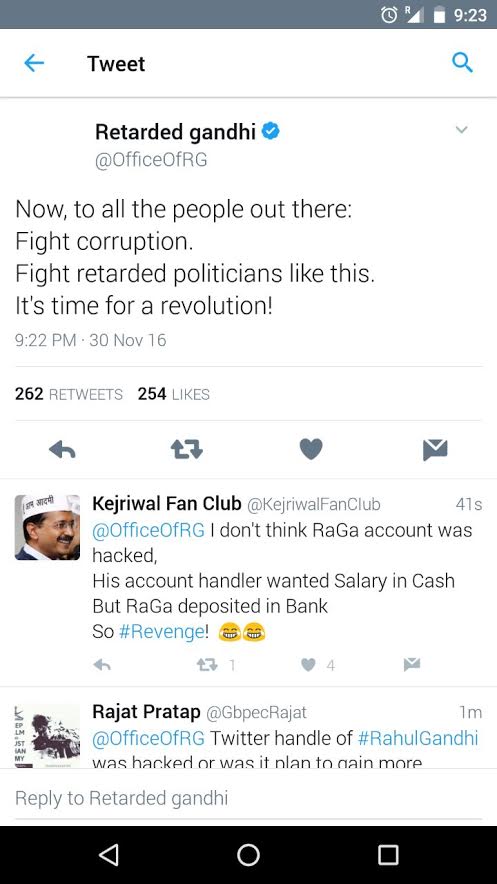 There’s a strong chance of his other accounts being hacked as well. The account is back in control of Mr Gandhi and the tweets are deleted. But the Twitteratis are going berserk! Check out few here!

This is the first time, I liked and retweeted #RahulGandhi tweets. Seems like he tweeted when his mom wasn’t around.

Who can not protect his twitter account, do you seriously believe that he can protect our country? ? @JhaSanjay @digvijaya_28 #RahulGandhi

#RahulGandhi ‘s recent tweets started making some sense
Then i came to knw his twitter account is hacked ! ??
Ooooo

HOW TO AVOID MR. ROBOT? WAYS TO FIREWALL YOURSELF FROM THE HACK!

As promised in our Fireup event announcement, we are hosting the event on December 3rd, 10:30 am at @Works KRDS, 4th Floor, Pinnacle Building, Ascendas IT Park, CSIR Road, Taramani, Chennai – 600113 to enable you the PR experience much bigger !
Tickets selling out fast ! Hurry up, grab them here soon and #Fireup !
Create your company’s timeline today on Fireup !