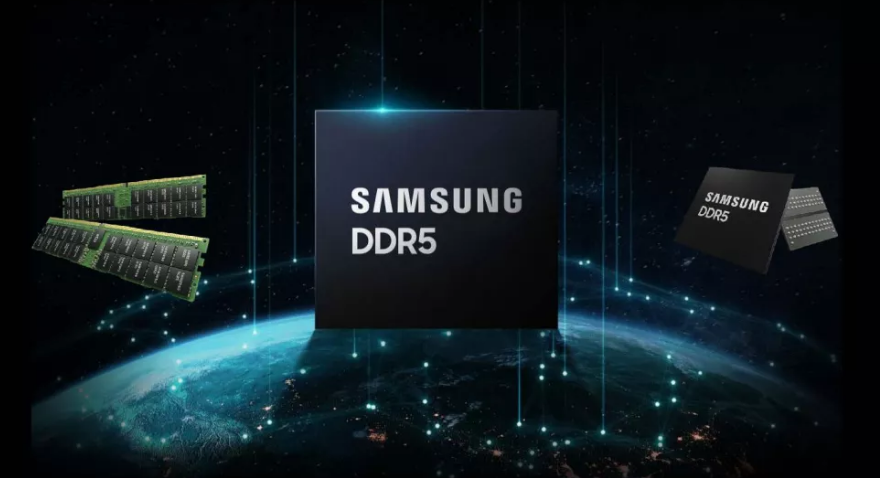 This revelation may surprise you if you were blown away by the idea that you could buy memory kits with 256GB of RAM on a single stick. Samsung has unveiled the world’s first DDR5 RAM with 512GB of capacity on a single stick.

The present DDR4 RAM will be replaced with DDR5 RAM in the near future. The new JEDEC RAM standard also provides higher memory rates while using less power, making it a worthwhile upgrade.

The 512GB RAM, on the other hand, may not be available from Samsung because it is intended for corporate use and is designed for servers. 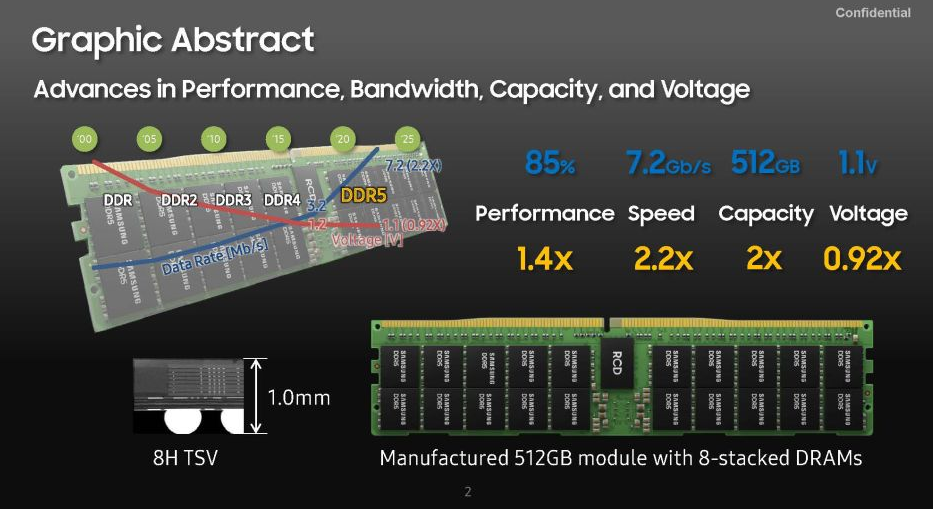 The DDR5-7200 memory module is made up of eight stacked DDR5 dies that are linked together using TSV (through-silicon-via) technology. This is a significant advancement over DDR4, which previously had only four DDR4 dies. Despite having a denser architecture, the DDR5 stack is just 1.0mm thick, compared to 1.2mm for DDR4. Samsung was able to minimize the gaps between the dies by 40% using thin wafer handling techniques, allowing the stacks to be shorter.

The Samsung 512GB DDR5 7200’s specifications are in compliance with the JEDEC standard, which requires 1.1 volts of electricity. When compared to DDR4-4200 type-RAM, the business is employing Same-Bank refresh (SBR) technology to minimize power consumption.

Samsung has used eight-layered packaging technology to deliver up to 512GB of memory on a single stick, allowing the company to stack up to 8 DDR5 dies while maintaining a thinner profile than DDR4 RAM with 5-dies stacked one over the other. On-die ECC (ODECC) technology is also used in the memory, which enhances memory yields when compared to per-die ECC architecture.

By the end of 2021, Samsung’s 512GB DDR5 RAMs will be in mass production. As a result, it is expected to go on sale in early 2022. There is currently no information on the cost of 512GB DDR5 RAM or the different memory speed options available.

On the consumer front, we anticipate the release of DDR5 RAM with a lower memory count by 2022, with the newest memory standard expected to be supported by Intel and AMD’s next-generation CPUs to increase energy efficiency and performance.

Samsung expects mass production for its DDR5-7200 512GB memory modules to commence by the end of the 2021. DDR5’s broad adoption, according to the firm, will not occur until 2023 or 2024. However, when Intel’s 12th Generation Alder Lake hybrid chips are released in Fall 2021, they will be the first mainstream CPUs to offer DDR5.