Snoop Dogg, the rapper and performer, hasn’t slowed down on high-value collecting since identifying himself as a renowned pseudonymous NFT collector last week. He spent roughly $4 million in ETH to buy a single piece from the artist XCOPY. 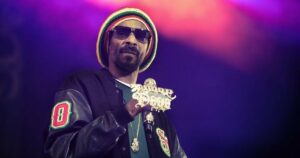 The well-known musician Snoop Dogg recently claimed a few days back that he is behind a Twitter account dedicated to NFTs.While Snoop Dogg has previously manufactured NFTs, this is nothing new for celebrities — keeping a Twitter account dedicated to crypto and owning over a hundred of the crypto tokens, on the other hand, is on a whole different level.

Snoop purchased the animated Ethereum NFT “Some Asshole” by XCOPY for 1,300 ETH on the super rare marketplace using his NFT-collecting identity, Cozomo de Medici. That’s little about $3.9 million in Ethereum.

In the world of NFT artwork, XCOPY’s artwork is quickly becoming a blue-chip. According to statistics from DappRadar, an unidentified buyer spent 1,000 ETH ($2.92 million) for another XCOPY piece dubbed “All-Time High in the City” just last week.

Cozomo has a rich collection, with an estimated value of over $17 million as of last week, thanks to multiple CryptoPunks, a slew of Art Blocks NFTs, and a slew of other items.