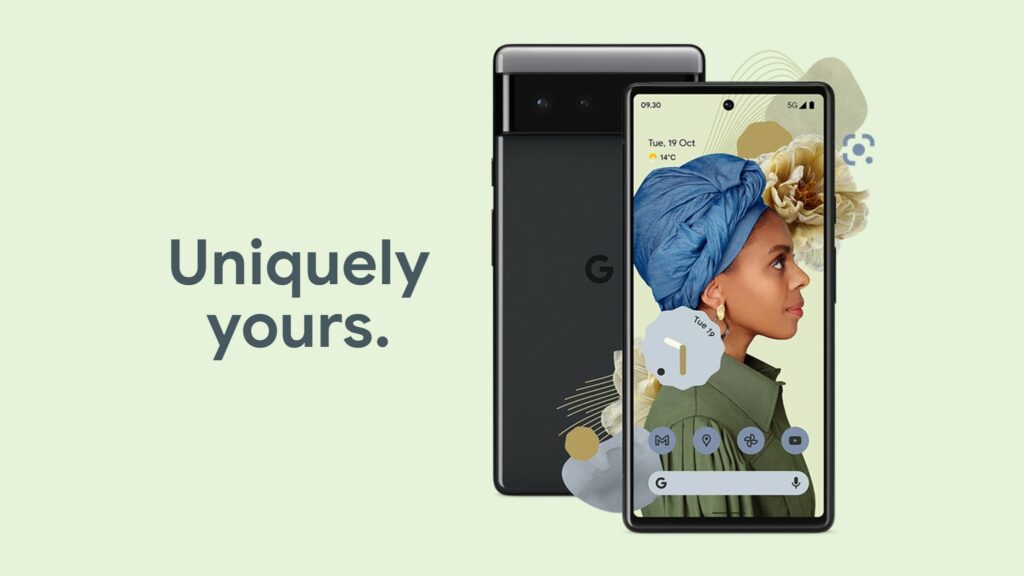 Google Pixel 6 benchmarks have appeared on Geekbench ahead of the Pixel presentation next week. And the figures show that the new Tensor system-on-chip powering Google’s phone will fall short of Apple and Samsung’s top flagships.

Nonetheless, despite the obvious performance difference between the Pixel 6 and phones powered by either Apple’s A15 Bionic or Qualcomm’s Snapdragon 888 hardware, I don’t think Google is concerned about these figures. It appears that Google is moving to the Tensor processor for reasons other than sheer performance.

But, before we go there, let’s look at the figures discovered by MySmartPrice on the Geekbench website. The Geekbench test scores are from a phone with a 6.4-inch display and a Tensor chipset, which fits the description of the regular Pixel 6 Google will unveil on Oct. 19.

The Google phone in question had a single-core score of 1,027 and a multi-core result of 2,706 on Geekbench 5, which evaluates overall performance. That’s a significant improvement from last year’s Pixel 5, which was powered by a Snapdragon 765G – a processor often seen in midrange phones rather than flagship handsets. The Pixel 5 scored 596 and 1,617 in the single and multi-core tests, respectively.

While this is a promising increase for Google’s new Pixel, it still falls short of the Geekbench results generated by some of the top premium phones. The Galaxy S21, which is powered by a Snapdragon 888 system-on-chip, achieves a single-core score of 1,084 and a multicore score of 3,302.

The A15 Bionic silicon in Apple’s latest iPhones produces even more dramatic effects. The iPhone 13 scored 1,684 on a single core and 4,129 on a multicore, which is among the greatest scores we’ve seen in our tests.

There are several reasons why these Pixel 6 figures should not be taken at face value. For starters, it might be a pre-release version of Google’s phone that hasn’t yet been tuned for performance. When we have an opportunity to evaluate the Pixel 6, it might perform quite differently. However, the figures in this report are consistent with previously reported Geekbench ratings for the Pixel 6 Pro, which is expected to use the same Tensor chipset.

You should also avoid equating synthetic benchmarks with genuine performance. Numbers generated by the Geekbench test are useful for comparing different phones, particularly those powered by different chipsets. The day-to-day performance you’d observe when using the phone, on the other hand, may convey a totally different narrative.

There’s also the question of what Google intends to do with Tensor. While maximum performance is undoubtedly a goal — and the figures show that the Pixel 6 will be competitive with the best Android phones for the majority of users — it appears that Google is shifting to its own Tensor processors for a different purpose.

So far, all of the Tensor buzzes have centered on the chip’s Tensor Processing Unit (TPU), rather than the CPU or GPU. The TPU will be in charge of managing activities requiring artificial intelligence and machine learning; because the TPU is a critical component of Tensor’s pipeline, many tasks will pass through that section of the chipset.

This should let the CPU concentrate on improving performance and battery life. It would also indicate that the Pixel 6 and Pixel 6 Pro would be capable of handling duties like sophisticated photo processing and voice-powered instructions.

When Google unveils the Pixel on Oct. 19, it won’t be enough to just state that the phone is powered by Google-designed silicon. Google will have to explain what it entails, not only in terms of speed and chip architecture but also in terms of real benefits for Pixel 6 customers.

As of now, the Pixel 6 and Pixel 6 Pro appear to represent major enhancements to Google’s flagship phones. In addition to the Tensor chipset, we expect improved cameras on both devices, with a telephoto lens joining the wide and ultrawide angle cameras on the Pixel 6 Pro.

Furthermore, the new phones are likely to have bigger batteries and faster charging than previous Pixels. We’ll find out precisely what Google has in store for us during next Tuesday’s Pixel Fall Launch event, which begins at 1 p.m. ET/10 a.m. PT. In the meanwhile, keep an eye on our Google Pixel 6 page for the most recent leaks and speculations.