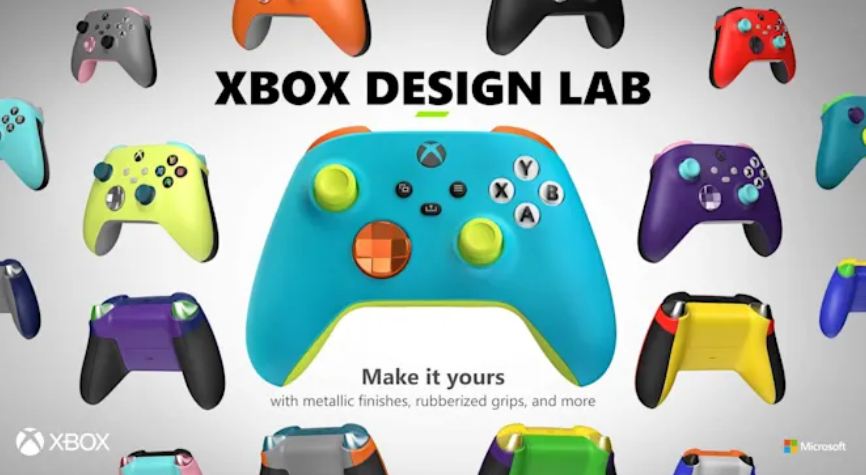 The latter two have been upgraded from Nocturnal Green and Velocity Green, which are no longer available. It also debuted controller designs “inspired by” Elder Scrolls V: Skyrim, Battlefield 2042, Forza Horizon 5, and Riders Republic.

The new choices return Design Lab to its former glory, with literally millions of different combinations. As before, each time you add an option, you’ll get a lovely 3D representation of the product to assist ensure your final result doesn’t look like hot rubbish.

The controllers start at $70 and go up from there, but Microsoft notes that the “price may vary for additional choices” such as the rubberized grips. You may design your own controller here.

If you’re a long-time Xbox fan, you might choose to utilize the original controller’s blue, yellow, red, and green buttons for the ABXY buttons. If you chose to play original Xbox titles on your Xbox Series X/S, this might accentuate any nostalgic memories you have.

Custom Xbox Design Lab controllers cost $70 with free shipping. You may now have your Gamertag or a personalized message of up to 16 characters laser engraved on your controller for $10.