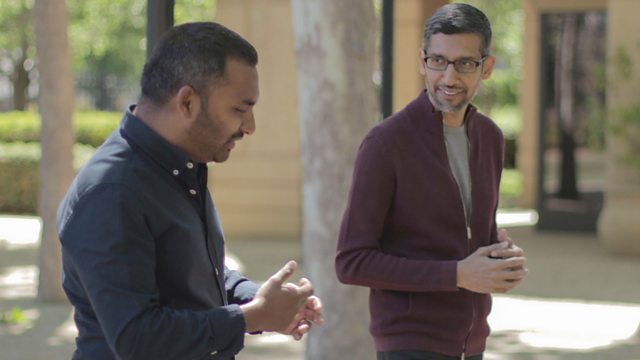 In an interview with BBC journalist Amol Rajan, Jeff Bezos said, “Well, I’m jealous, a bit. I would love to look at Earth from space.” Further, Pichai talked about artificial intelligence, technology transformation, his childhood, and many more things.

Besides Pichai mentioning Jeff Bezos’s upcoming spaceflight, the conversation was highly focused on the journalist, Amol Rajan. He kept asking various questions, and these detailed questions made sure that Pichai knew his tech knowledge is well versed. When Asked about how Pichai feels about the wealth earned. To which, Pichai gracefully gives one of the common sayings, “It’s a journey and you’ll know it when you find it. Things tend to work out”. He revealed that rides a Tesla.

Furthermore, Pichai talked about artificial intelligence, “the most profound technology that humanity will ever develop and work on.” Also added, “If you think about fire or electricity or the internet, it’s like that. But I think even more profound.” And when asked about when was the last time he cried, “Seeing the morgue trucks parked around the world during COVID. And seeing what’s happened in India over the past month.”

Overall, Rajan wasn’t able to get more information or something unique with this interview. But his efforts are being appreciated as his series on interviewing influential people is going well.

Jeff Bezos founded Blue Origin in 2000 and in 2018 he said that it is his most important work. Blue Origin’s New Shepard’s first flight will be an 11-minute trip with Jeff Bezos, his brother Mark Bezos, the winner of live-action held in June, and Wally Funk, one of the women aviators who passed the mercury tests in the 1960s.

Furthermore, the race towards getting to space is getting interesting as Elon Musk is also known to have purchased a ticket from Jeff Bezos’s rival, Richard Branson’s Virgin Galactic. As Google CEO comes into the picture, where he says he is jealous of Jeff Bezos. Billionaires are getting interested in space tourism.  Not to forget, there is a high possibility that Sundar Pichai also planned to be part of space travel soon.