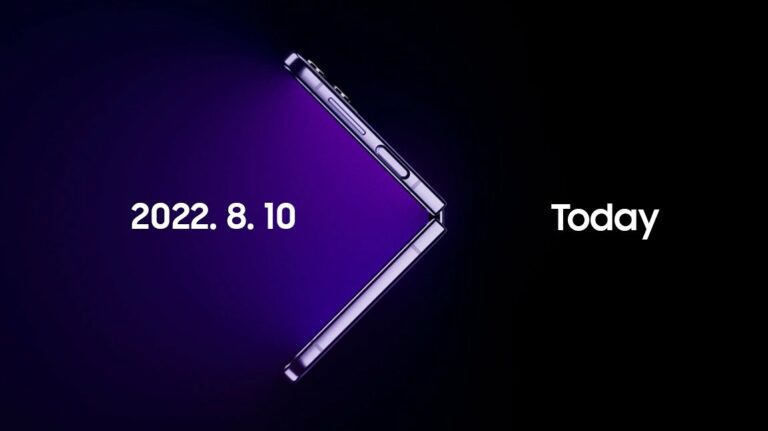 Many of us should aware of the fact that Samsung has been planning to bring the newly refreshed lineup of its Foldable and Flip smartphones for this year’s event by Samsung which is also called the Samsung Unpacked Event for the year 2022. Although as good news, the date for the event has also been confirmed, which is on the 10th of August.

Before the launch event, there are many such details about the foldable and flip smartphone has been leaked online, where the pricing for the new tech has been leaked too.

A recent new leak emerged from a listing from a European retailer which gave the users’ a glimpse of the upcoming Samsung Foldable and Flip smartphone.

Although, the retailer’s leaks says that the smartphone will be launched for a little higher pricing as compared to its previous year’s flagship smartphone.

Getting to the pricing side, it’s been said that the Galaxy Z Fold 4 will be coming for the price of EUR 1,864 which is again a price bump of EUR 165 from the previous year’s smartphone. Here you will be getting the 256 storage space.

If we get to the pricing of the Galaxy Z Flip 4, here the price has been set for EUR 1,080 which is a price rise by EUR 81 from the previous year’s Flip 3 smartphone. Although, there are no such details regarding the reasons behind the increase in the pricing. However, we don’t have any such reports confirming the pricing for the new innovative smartphones. Although, the previously launched Galaxy Flip and Foldables did see a price drop after their release.

How Foldable and Flip smartphones work for Samsung

Samsung was one of the first brands who have brought innovative technology for bringing durable foldable and flip smartphones. Since its first launch, the smartphone gained a massive audience which made the sales for these smartphones go beyond the expected mark.

However, for this year Samsung odes speculate to sell even more of its foldable and flip smartphones compared to all the previous year’s sales numbers.

Although, the main factor here is the pricing which is concerned to be a little higher than its previous year models too.

We will be updating you with more details in the future and also we will cover the live event for Samsung Unpacked 2022, do stay tuned to TechStory for more updates.