Reddit went down for one hour today before a fix was made Reddit services was down, although the business claims to have discovered the issue and is working to resolve it. 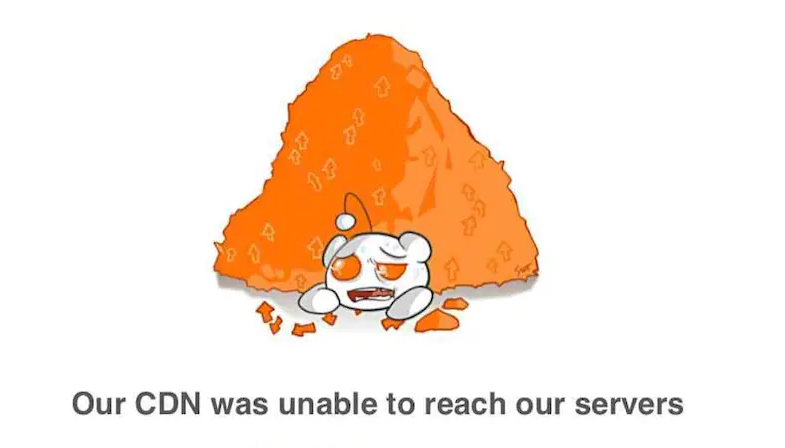 Reddit went down for one hour today before a fix was made
Image Credits: Gadgets NDTV

Reddit has been down for all users since 8 a.m. India time. In fact, Reddit’s status page confirmed this, stating that a fix was in the process. This is confirmed by DownDetector, which reveals a spike in difficulties for Reddit at 8 a.m. Visitor’s to Reddit.com for the moment will receive a message indicating that the CDN is unable to access Reddit’s servers at the moment. Now that the problem has been identified, it is expected to be fixed in the near future.

The business observed, according to a statement posted on Reddit Status approximately 7.30 a.m., “The number of errors is increasing, and requests are failing. A reason has been found, and a solution is in the works.” “We are continuing to work on a fix for this issue,” it said shortly after.

Given the pace with which the updates are released, this will most likely be fixed shortly. DownDetector, a website outage tracker, also noticed issues with Reddit at the same time, as evidenced in this picture, which shows a significant rise around 8 a.m.

Reddit has not stated what is causing the problem; the only indication is the graphic on its mobile page, which states that the CDN is unable to connect to Reddit servers. However, the unavailability of Desktop Web, Mobile Web, and other Reddit functionalities is noted on the Reddit Status website, which also states that the Reddit CDN Fastly is operational.

The support staff has offered some updates on what is going on, with the most recent server updates, including what is being done to bring everything back up, being published via social media.

Identified: Error rates are elevated and requests are failing.

A cause has been identified and a fix is being implemented. https://t.co/mtrTTog6uj

The notice from Reddit continues: “The amount of failures is on the rise, and requests aren’t being processed. A solution to this problem is still being worked on.” According to independent outage monitor Down Detector, Reddit down reports began coming in at approximately 3 a.m. BST. As of this writing, downdetector.com and Down Detector UK have received over 40,000 reports of Reddit outages, respectively.

Identified: Error rates are elevated and requests are failing.

A cause has been identified and a fix is being implemented. https://t.co/mtrTTog6uj

The Reddit outage was resolved at about 09:00 a.m. IST, an hour after it was first reported. As of now, the Reddit down detector is not reporting any outages, and the forum appears to be operational.

Whether a similar problem arises in the future, users can check the Reddit server status to see if other users are having similar problems. Stay tuned for more information on the Reddit outage and associated news.