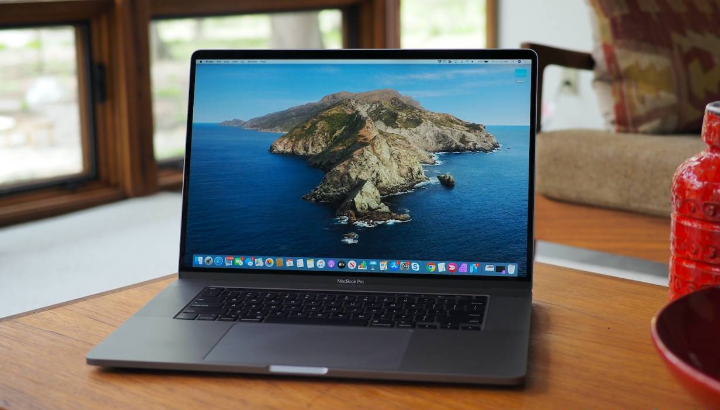 The MacBook 16-inch 2021 is expected to arrive this year and will bring some of the most significant upgrades to the MacBook series in years. Recent speculations give a great image of the future. Apple is anticipated to feature not just a mini-LED display and the strong M1X processor, but also the reintroduction of much-needed ports and MagSafe charging. The MacBook Pro 16-inch 2021 seems to be a fantastic computer.

Nothing rivals the delight of working on a bigger screen, as fantastic as the 13-inch MacBook Pro M1 has proven to be. And, given how well Apple’s initial 16-inch MacBook Pro was greeted, we have high expectations for the follow-up.

So far, we’ve only heard a few intriguing tidbits regarding the new MacBook Pro, including the fact that the Touch Bar will be gone. Here’s all we know about the upcoming MacBook Pro 16-inch 2021, based on all the rumors and leaks we’ve seen.

We don’t know much about the MacBook Pro 16-inch 2021’s specifications, but Ming-Chi Kuo has already predicted that it won’t contain an Intel processor. Instead, it’ll be all Apple Silicon, which isn’t surprising considering how much better the M1 processor performed than Intel-based MacBooks in 2020.

According to the most current source, Apple’s new M1X processor will power the MacBook Pro 2021. The M1X will contain a 10-core CPU with 8 large and 2 efficient cores, according to leaker Dylan, also known as @Dylandkt on Twitter. The present M1 is configured in a 4 + 4 configuration. The present chip’s GPU core count of eight may be increased or quadrupled.

Another rumor suggests that Apple has ordered a new M2 processor for its next-generation MacBooks. It’ll reportedly employ a 4-nanometer manufacturing node, which promises a higher performance gain without sacrificing power efficiency. However, it’s conceivable that this processor will be saved for the future MacBook Air.

That isn’t to suggest that power usage isn’t a major concern. With a 100 watt-hour battery, the previous 16-inch MacBook Pro could last 11 hours, but the M1 MacBook Pro could last 20 hours with a battery that was roughly half the size. In other words, even if the MacBook Pro 16-inch 2021 has higher power needs, it should still have excellent battery life.

When it comes to battery capacity, FAA restrictions dictate that you may only bring 100-watt hours on a plane. So don’t expect Apple to expand beyond that. If the M1X is more efficient than previous Intel versions, Apple may be able to provide a smaller battery with a considerable increase in battery life.

Rumors on release and pricing

According to Bloomberg’s Mark Gurman, next-generation MacBook Pros might be released in the “coming months.” This equates to a September or October release date for us. Given that the iPhone 13 is expected to be unveiled in September, the next-generation MacBook Pros are likely to be unveiled around October, with a release following a few weeks later. The laptops aren’t expected until November at the earliest.

According to a different rumor from Digitimes, the new MacBook Pros will not be released in September, but rather in the fourth quarter. Apple may have planned to debut in September at some point, but a global chip scarcity may have forced the company to delay.

So far, the reports haven’t revealed how much the new laptop would cost, however, the current 16-inch MacBook model starts at $2,399 (£2,399). Given that the updated M1 machines are priced the same as their predecessors, barring any substantial hardware upgrades, we may safely expect Apple to sell the 2021 16-inch MacBook Pro at a similar level.

The most significant change in the 2021 MacBook Pro is the removal of the Touch Bar. The ever-changing touchscreen ring will be replaced with a set of physical keys, similar to those seen on other laptops and pre-2016 MacBooks, according to Ming-Chi Kuo.

The 16-inch MacBook Pro 2021 model, according to Kuo, would have a wider range of connectors. This move was taken in part to eliminate the need for dongles, but it will also be the first time a new MacBook has featured anything other than USB-C since late 2015.

MagSafe might make a comeback in the MacBook Pro 16-inch 2021, for the first time in recent years. The iPhone 12 came with a form of MagSafe, although it was a specialized wireless charging pad rather than the break-away cable MacBook Pro customers were used to.

HDMI and SD card readers are also expected to make a comeback. Another report is that the 16-inch MacBook Pro (together with the 14-inch model) will feature a 1080p webcam, SD card reader, three Thunderbolt USB C connections, an upgraded MagSafe port, and an HDMI port, and that the 16-inch MacBook Pro (along with the 14-inch model) will have a 1080p camera.

According to Gurman, the resurrected MagSafe would have a “pill-shaped” design. He also stated that certain minor design modifications, such as a brighter screen, will be made. Returning to the SD card reader, a fresh source claims that it will have rapid UHS-II SD compatibility, making it perfect for photographers and video editors on the go who need a quick method to get files off their cameras and into editing software.

One recently found patent says Apple is considering including an AirPower charger in a future MacBook Pro, for even more absurd design modifications. Wireless charging coils are shown around the MacBook’s outside surface in the patent. Three are located in front of the keyboard (one beneath the trackpad) and nine are located behind the screen.

Patents are speculative, and there’s no assurance that the MacBook will ever be transformed into an AirPower-style wireless charging station. Of all, it’s not the most outlandish concept, and it’s not as if Apple doesn’t have the resources to pull it out.