Apple speculated to have to schedule another “launch event” in October After launching Apple Watch 7, iPad Mini 6 and iPhone 13 series now, Apple seems like planning another launch event for October! 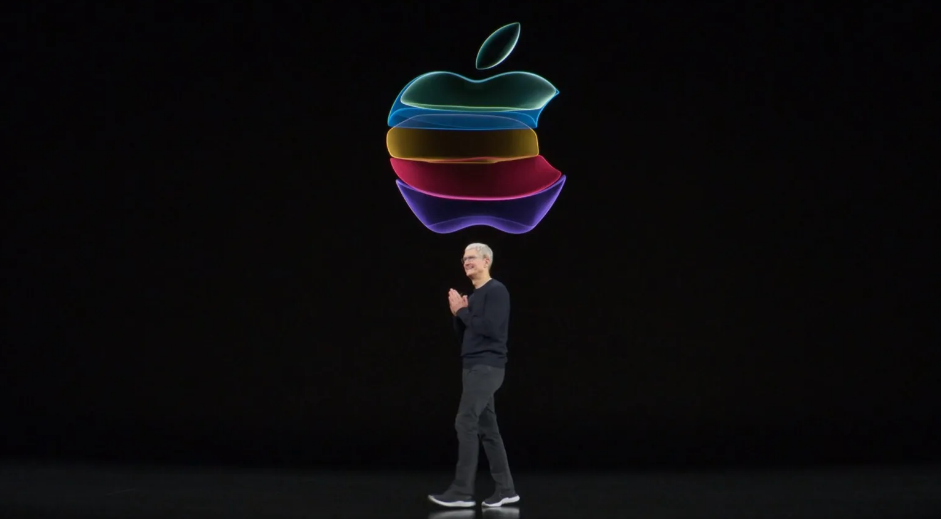 Apple speculated to have to schedule another “launch event” in October
Image Credits: VentureBeat

Despite Apple’s September launch event last week, where it revealed the iPhone 13, 13 Mini, 13 Pro, and 13 Pro Max, anticipation for the company’s next event is already rising. According to Bloomberg’s Mark Gurman, new MacBook Pro models and the third generation of AirPods will be available before the end of the year.

When asked on Twitter about new Macs, Gurman previously indicated that he believes “there will be two events” from Apple this autumn as usual and that the second event may focus on new Mac models and additional iPads. As a result, Gurman has introduced several new goods since then, including the upgraded iPad Pro, a new Mac Pro, and an updated MacBook Air with Apple Silicon.

Apple announced the new iPhone 13 model range, as well as the Apple Watch 7, the iPad Mini 6, and a revamped entry-level iPad, in September. As with last year’s iPhone 12, the iPhone 13 range includes all of the previous model’s configurations (regular, Mini, Pro, and Pro Max). In addition to the faster A15 Bionic CPU, iOS 15 brings a few new photography features.

Apple will have two more launch events in 2021 in addition to the most recent one. First, there was the iPad 2 unveiling during the April Apple Keynote, which also included colorful iMacs and new AirTag trackers. (Apple’s spring announcements may be seen here.) Two months later, Apple held its annual WWDC developer’s conference, during which we first saw iOS 15, MacOS Monterey (aka MacOS 12), WatchOS 8, and iPadOS 15.

When will be the next Apple event?

A spring product launch, a summer developer conference, and one or two more in the fall are among the three to four events Apple hosts each year, according to Reuters. Traditionally, autumnal festivities are held throughout September and October. The September event, which took place on September 14th this year, often includes new iPhones and Apple Watch updates, while the October event, which is in line with Gurman’s forecast, normally includes new Macs and iPads.

Apple’s 2020 event calendar will change somewhat from prior years because of the pandemic’s production delays. Last year’s September Apple event saw the introduction of the Apple Watch 6, the Apple Watch SE, and new iPad models, but no new iPhone was unveiled.

The iPhone 12 was announced by Apple in October of that year. Apple’s event last year was also only available online because of the outbreak. As is customary, a Livestream was available on the company’s website.

In contrast to previous years, Apple’s September program included a virtual event this year. With the exception of 2019, 2017, and 2015, Apple has held October events frequently over the previous decade, so another Apple event is very certainly on the horizon.

Apple Products which will be launching in this upcoming Apple event?

Earlier in 2021, Apple introduced the iPhone 13, Apple Watch 7, and iPad Mini 6, as well as several hardware and software improvements. Even said, Google has a few more things up its sleeve in the near future. AirPods 3, a bigger iMac with Apple’s M1 CPU, a cheaper Apple Display, and new MacBook Pro and Mac Pro models with updates to Apple’s M1 chip are all on our wish list. Another thing to look for is a speaker with an integrated Apple TV and maybe augmented reality/virtual reality headgear to compete with Apple’s Echo Show.

According to a previous Bloomberg story, Apple’s AirPods might get an upgrade this year. According to rumors, the AirPods 3 will offer many of the same features as the AirPods Pro, including spatial audio compatibility, a shorter stem, replaceable tips, and a smaller carrying case.

Apple revealed last year that the Mac will be powered by its own processor, the M1. Since then, rumors have circulated that Apple would shortly unveil a new CPU for the MacBook Pro and Mac Pro.

Apple had previously revealed a new 24-inch iMac with an M1 CPU, but it was only available in a limited configuration. According to Bloomberg, Apple is developing new processors for the Mac Mini and 27-inch iMac.

Apple may possibly be working on a more inexpensive version of the Pro Display XDR, which was first introduced in 2019. A cheaper Apple monitor was said to be in “early development” according to Bloomberg in January.

What else will we get to see?

This year, Apple may release several brand-new products. This may include an Apple rival to the Amazon Echo Show that combines an entry-level iPad with a speaker, a soundbar with a built-in Apple TV comparable to Roku’s soundbar, and an Apple augmented- or virtual-reality headgear similar to the Google Cardboard headset.