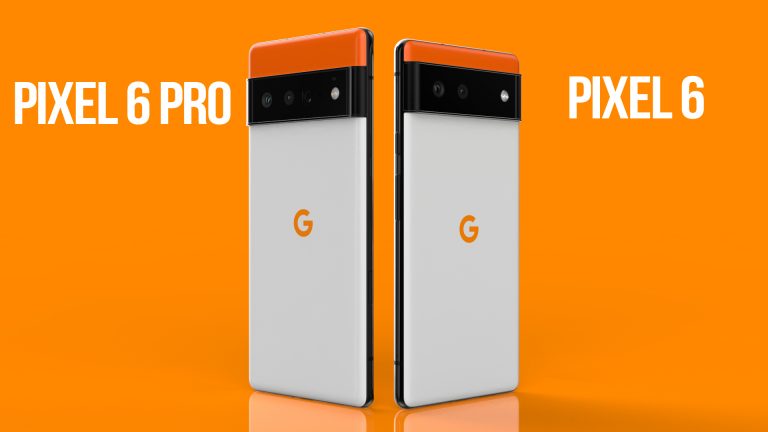 The season of Google Pixel 6 leaks has here. We were expecting Google to reveal or tease its rumoured in-house Whitechapel chipset during the Google I/O 2021 keynote, but it didn’t.

The Pixel 6 series is shaping up to be the company’s biggest flagship release since the Nexus days, with an in-house Google chipset and radical design leaks. Before the official announcement, we’ve compiled a list of everything we know about the Pixel 6 and 6 Pro.

As with previous years, leaks and rumours suggest that Google will release two Pixel 6 models: the Pixel 6 and Pixel 6 Pro. Starting with the Pixel 6 series, Google may be looking to replace the XL moniker with a Pro moniker. With that out of the way, let’s get into the specifics of Google’s upcoming Pixel smartphones in 2021.

Google usually releases announced smartphones within two weeks. If everything goes according to plan, pre-orders for the Pixel 6 series should be available shortly after the launch event. However, if the continuing chip scarcity continues into the second half of 2021, it is possible that device availability would be pushed back to November.

In order to compete with Android flagships from Samsung, OnePlus, and Xiaomi, we can expect the Google Pixel 6 to start at $699 and the Pixel 6 Pro to cost around $999. If a new price leak comes in from a reliable source, we’ll update this post, so stay tuned for more information.

There are plenty of leaks and specification details been leaked ahead to launch of Google Pixel, here we have brought all the details which you should know.

According to recent leaks, the Google Pixel 6 lineup will feature a significant redesign of the overall hardware design aesthetics.

Google will opt for a modern design that includes curved displays and a chunky camera bar, rather than the standard design it has used for years. The camera bar, which runs the length of the back panel horizontally, is reminiscent of the Nexus 6P glass camera housing.  The Pixel 6 series will have a full-screen bezel-less display with a centred punch-hole selfie camera on the front.

Aside from the colour combinations seen in leaked renders, the Pixel 6 could also be available in green. The alleged renders of the Pixel 6 and 6 Pro, courtesy of reputable tipster Onleaks, can be seen above.

The Pixel is already known for being one of the best camera phones available. Google may finally be looking to step up its game with the Pixel 6 series.

The 12.2MP Sony IMX363 sensor, which the company has been using since the launch of the Pixel 3 in 2018, could be phased out. According to OnLeaks, the Pixel 6 Pro will have three rear cameras, while the regular Pixel 6 will only have two.

Along with the LED flash, the Pixel 6 Pro will most likely have a primary wide-angle camera, a periscope-cum-telephoto lens, and a third sensor.

According to a rumour, the Pixel 6 Pro will feature a 50MP primary camera (rather than the current 12.2MP sensor), as well as an 8MP periscope lens with 5x optical zoom and an ultra-wide-angle lens. The megapixel count of the selfie camera that will be housed in the punch-hole cutout on the front is unknown.

Google has been relying on its software advancements to deliver a flagship-level camera experience for quite some time now.

Although this strategy has worked well for the Pixel series thus far, the Pixel 6 series could see significant improvements. This is especially true now that the hardware is expected to receive a significant upgrade in specifications.

The Google Pixels aren’t included in the category of phones with long battery life. With the upcoming Pixel 6 series, that could change. The Pixel 6 Pro is expected to come with a massive 5,000mAh battery, according to Max Weinbach. While there’s no word on the Pixel 6’s exact battery capacity, it’s possible that it’ll be a smaller 4000mAh/4500mAh unit.

Both the Pixel 6 and Pixel 6 Pro are expected to support wireless charging, likely using the same bio-resin trick as the Pixel 5. Stereo speakers, an IP rating, and faster wired charging support are among the other features.

Google took a break from the premium flagship segment last year with the launch of the Pixel 5. The Pixel 5 is powered by the Qualcomm Snapdragon 765G chipset, which is also found in the Pixel 4a 5G and OnePlus Nord. The Mountain View behemoth, on the other hand, appears to be eager to return to the flagship segment with the Pixel 6 series.

According to rumours, Google’s in-house processor codenamed Whitechapel will power the Pixel 6 series. Yes, Google will use its own custom chipset instead of Qualcomm’s flagship Snapdragon 888 chipset.

Since April of 2020, we’ve been hearing rumours about this processor. The chipset will be manufactured using Samsung’s 5nm LPE process and will include a custom NPU (neural processing unit for AI tasks) and ISP (image signal processor).