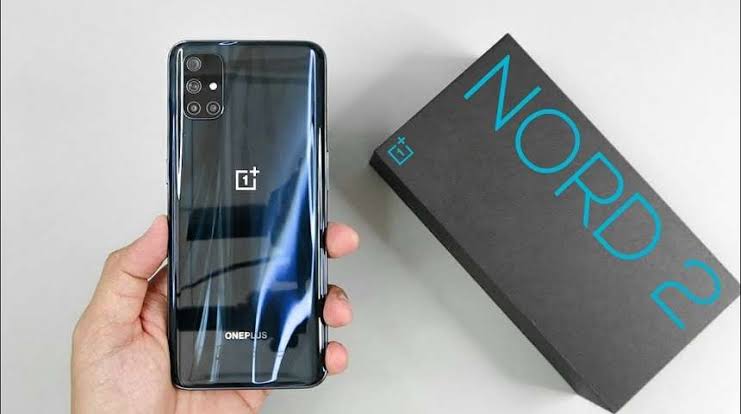 OnePlus Nord 2 Spotted On OnePlus Official Website Ahead To Launch

With the launch of the OnePlus Nord last year, OnePlus made its entry into the mid-range segment after years of being hailed as the flagship killer. The 5G-capable Nord sold like hotcakes when it first came out, but it now faces intense competition from Xiaomi and Moto.

As a result, users are wondering when the OnePlus Nord 2 will be released. The launch of the next-generation Nord device appears to be imminent. The device was mistakenly mentioned in an official FAQ on OnePlus’s website, confirming the name OnePlus Nord 2.

If you didn’t know, OnePlus recently announced a partnership with Stadia, Google’s cloud gaming platform. The Google Stadia Premiere Edition is available for free to eligible OnePlus users in Germany, the United Kingdom, and France.

OnePlus has now created a microsite on its official website with a FAQ section to inform its customers about the new partnership. According to Android Police, the company listed the unreleased OnePlus Nord 2 on the list of compatible devices in the FAQ section.

You can see a screenshot of the official FAQ page here, which mentions the OnePlus Nord 2:

The OnePlus Nord 2 was mentioned in the “How to Participate” section, as you can see. However, it’s worth noting that the company quickly removed the mention after fans discovered it online.

As a result, OnePlus is gearing up to release the OnePlus Nord 2 in the near future. The new Stadia Premiere Edition promotion will run until September 30, and it appears that the company will release the device before then.

Now, we know that the OnePlus Nord 2 will be the first OnePlus device to use a MediaTek processor. It will reportedly include the MediaTek Dimensity 1200 SoC, which will provide flagship-level performance at a low price.

Apart from that, we don’t have much information about the device right now. As the OnePlus Nord 2 approaches its launch, more information about its specs, features, and price will become available online. So keep an eye out for more details.