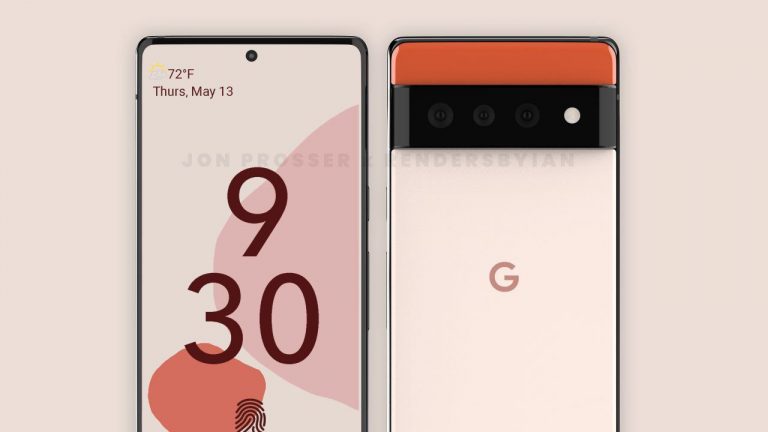 Last week, tipster Jon Prosser shared renders of the forthcoming Pixel 6 set. Max Weinbach confirmed the leak shortly after. And now, thanks to Onleaks in partnership with Digit, we have yet another proof of the Pixel 6’s architecture.

Google Pixel 6 Pro – Images And Specification Leaked Prior To Launch

According to the article, Google will introduce two new Pixel 6 devices: the Pixel 6 and the Pixel 6 Pro. Yes, the XL moniker is reportedly being phased out in favour of the ‘Pro’ branding. A few main Pixel 6 requirements are also revealed in the paper.

The Pixel 6 Pro is expected to have a wide 6.67-inch curved AMOLED display. It may have a punch-hole cutout in the middle to accommodate the selfie camera. The unit is 163.9 x 75.8 x 8.9 mm in size and has a thickness of 11.5 mm, including the camera hump.

Onleaks renders reveal a chin that is significantly more pronounced than the one used in Prosser’s leak. Apart from the larger monitor, the cameras are a major differentiator between the Pixel 6 and Pixel 6.

While the standard Pixel 6 is expected to have dual cameras, the Pixel 6 Pro is expected to have triple rear cameras. Along with the LED light, the camera configuration could involve a main wide-angle camera, a periscope telephoto lens, and a third sensor.

Stereo speakers and wireless charging support are among the other features listed in the article about the Pixel 6 Pro. The SIM slot has now been moved somewhat by Google. The Pixel 6 series is expected to be powered by Google’s own SoC codenamed Whitechapel, which will be manufactured on Samsung’s 5nm LPE technology.