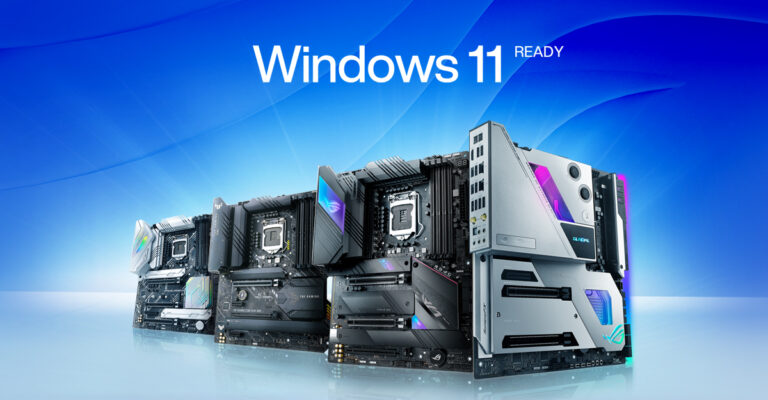 Since Microsoft has just recently launched Windows 11 OSs, several makers of PC components are working on making their gear compatible with the new upgrade. Now, ASUS has recently released its list of Windows-enabled motherboards.

The information comes from an updated version of the official FAQ pages on the company’s website (spotted by WccFTech). The PC part producer in Taiwan has shown a list of motherboards that are compatible with the impending Windows 11 upgrade in this area.

Windows 11 is the most recent version of Microsoft’s popular Windows platform that can be downloaded via leaks online. For those not aware of this.

The firm also placed a notice stating “Windows 11 was not launched officially and stability problems might occur in the Insider Preview as no formal hardware validation and qualification was completed.

The Windows 11 Insider Preview or other third-party software is installed or upgraded to your own discretion and at your own risk. You are entirely liable for harm or loss of data resulting from your system. In connection with Windows 11’s use, ASUS is under no responsibility for losses and damage to it.

In other words, while upgrading to a newer OS, the business urged care. In the case of interested parties, it is safe to maintain safe data and other critical settings. Microsoft had previously also announced Windows 11 hardware requirements.

This comprises a CPU with a 1GHz speed of two or more cores, with a minimum of 4GB of RAM and 64 GB of storage. Also necessary are versions 2.0 TPM and the DirectX 12 compliant graphics card. By clicking this link, you may view the names of all motherboards supported by ASUS.