Apple iOS 15 – Complete Details On Release, Features, Supporting iPhones & More Are you an iPhone user? or planning to buy one in the future? Here we have brought the complete details on iOS 15’s release date, new features & a list of supporting iPhones. 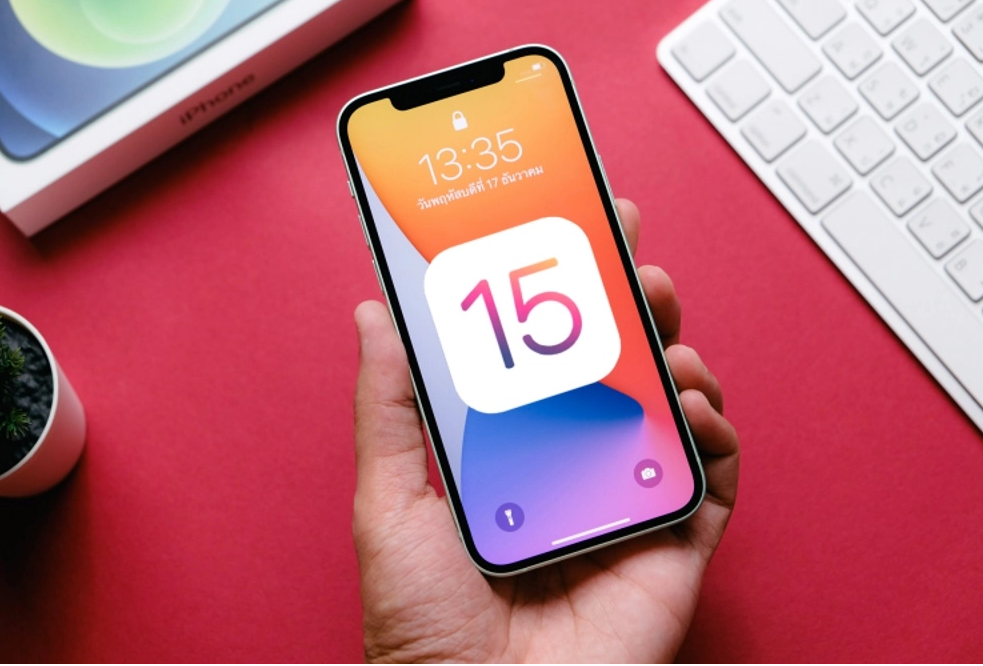 Apple’s iOS 15 is shaping up to be a massive upgrade, much larger than its predecessor, which wowed us with a plethora of customization options and a slew of protection and privacy improvements. Gone are the days when Apple took a protective stance when it came to iOS updates.

We’re excited to see what Apple has in store for us with iOS 15, especially with common features like home screen widgets and App Library earning high praise from experts and fans alike.

iOS 15 would most likely focus on extending the capabilities that iOS 14 introduced to Apple’s smartphone operating system. 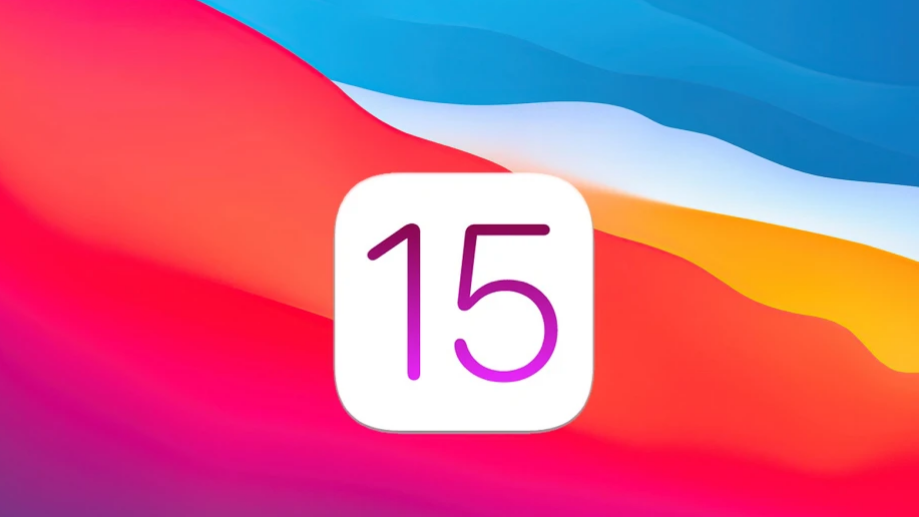 Apart from allowing you greater control over the home screen, we think the new version of iOS will fix some of the most pressing issues that have plagued the platform for years.

Furthermore, you can still rely on Apple to include some beautifully crafted steps in iOS 15 to address protection and privacy flaws.

Without further ado, here’s what you need to hear about iOS 15 before it goes live. The iOS 15 release date, supported iPhone versions, rumoured new features, and more are all included. You can quickly leap to a segment of your choosing by expanding the table below. 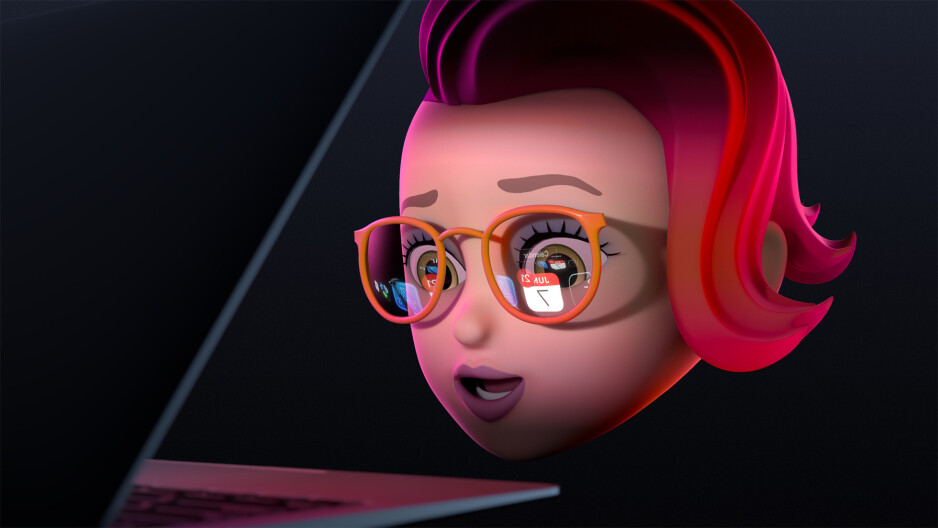 Let’s start with the most important question: when will iOS 15 be released? The Worldwide Developers Conference 2021, which will take place from June 7 to June 11, is expected to see the release of iOS 15. On June 7, the Cupertino behemoth will unveil iOS 15, iPadOS 15, watchOS 8, macOS 12, and tvOS 15 at a keynote ceremony.

Due to the current COVID-19 pandemic, WWDC 2021 will be an all-virtual affair, as it was last year. The conference will also include State of the Union events, workshops highlighting new features, and 1-on-1 labs for developers, in addition to the much-anticipated keynote.

Furthermore, developers will have the opportunity to interact with Apple designers and engineers at the WWDC 2021 event.

After iOS 15 is released to the public, Apple will continue to improve the new version of iOS with regular upgrades before iOS 16 is released next year. We’ll keep this article updated as new features in iOS 15 become available.

Apple iOS 15 – Which iPhones Will Support? 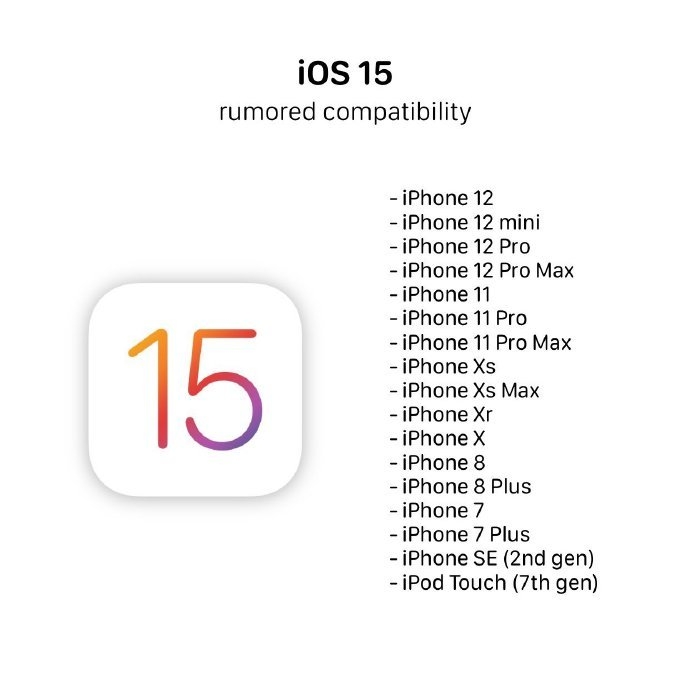 Apple iOS 15 – Which iPhones Will Support?

However, rumours say that only iPhone 7 and later versions will be compatible with iOS 15. As a result, Apple could discontinue support for the iPhone SE, iPhone 6s, and iPhone 6s Plus.

The below is a full list of iPhones that will be able to run iOS 15:

And it can go without saying that the iPhone 13 series will ship with iOS 15 preinstalled in September of this year. So, yes, more than 20 computers will be compatible with iOS 15. 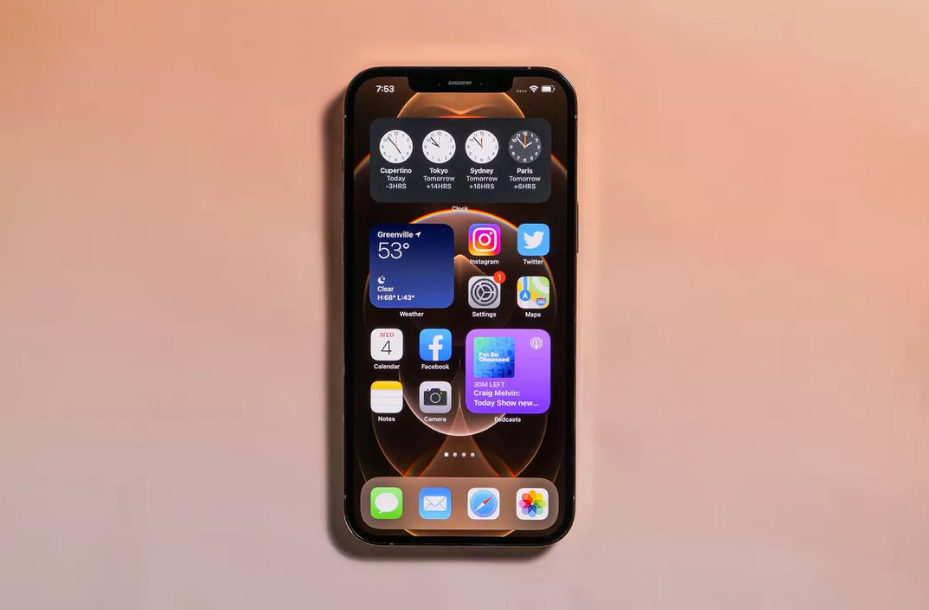 About the fact that Apple has managed to keep a lot of iOS 15 features under wraps, some of the most intriguing have leaked online. So, here are the latest features you can look forward to in the iOS 15 update:

As part of iOS 15, noted leaker Max Weinbach has announced that the iPhone 13 series will have an always-on display (AOD). The battery and clock symbols will always be visible on the always-on panel. Surprisingly, messages will show “using a bar and icons” while only momentarily lighting up some areas of the phone.

According to rumours, AOD will be exclusive to the iPhone 13 range. We wouldn’t be disappointed if Apple chooses to make it available on iPhone 12 models as well, given that they have OLED displays.

When Apple launched an iOS-style Control Center in macOS Big Sur last year, I lauded it for making accessing important features like AirDrop, brightness, and dark mode a breeze. The fairly natural drag and drop motion was one of the aspects that drew me in.

As a result, users are quite relieved to learn that Apple is intending to update the control center in iOS 15 to provide similar functionality.

According to sources, it will embrace a more compact aesthetic as well as a drag-and-drop motion for fast customization.

It’s no secret that Apple has complete leverage of iOS, pushing you to use its pre-installed software whether you want them or not. The positive news is that Apple is gradually but increasingly embracing the concept of allowing consumers to pick their default apps. According to news, iOS 15 would certainly have a larger selection of default settings.

As you might be aware, iOS 14 allows you to choose the default email client, the default browser, and even a default third-party music-streaming app such as Spotify. However, there is a small selection of default applications, especially when it comes to messaging and mapping services.

You can’t make a third-party chat service like WhatsApp, Telegram, or Signal your regular messaging app instead of iMessage. And we’ve always seen how inferior Apple Maps has always been to Google Maps. Apple, on the other hand, forces us to use the navigation app as the norm. However, with the release of iOS 15 next month, all of that could improve.

Though many have got used to Face ID and what it offers in terms of protection and privacy, it has been the greatest source of frustration for iPhone users in the aftermath of the COVID-19 pandemic. Since the facial unlock technology struggled to recognize faces wearing a mask, the absence of Touch ID was tangible.

Apple launched a new feature called “Unlock with Apple Watch” that allows Apple Watch users to unlock their iPhone while wearing a face mask using the smartwatch. It isn’t, though, the only option for anyone.

That is, not for those who do not own an Apple Watch. As a result, iOS 15 is expected to have a new dual biometric authentication feature that will increase protection by requiring you to authenticate with both Face ID and Touch ID during transactions and other activities.

That means Touch ID could make a comeback on Apple’s flagship iPhone 13 range. The gossip mill seems to be split on what the latest type of Touch ID on the iPhone 13 series might be.

Although some sources claim that Touch ID will be built into the screen, others claim that it will be housed in the side press, as it is on the iPad Air 4. We’ll keep you updated when we read more about the iPhone 13 series.

In iOS 15, the Notification Center will also get a big update, allowing users to customize their notification requirements depending on their current situation. According to Bloomberg, consumers will be able to choose from a variety of groups, including commuting, working, sleeping, and other activities.

This mode replaces Do Not Disturb and Sleep Mode by determining whether or not the iPhone messages can play sounds. In iOS 15, Apple will also let you set automatic responses for each choice.

Widgets on the home screen have made iOS 14 more customizable. They do, though, have a long way to go before realizing their true potential. User engagement is one of the ways that they can improve.

The widgets can become more convenient and remove the need to open the app by allowing users to monitor music playback, take notes, and toggle other functions from the home screen. Apple will add customizable home widgets with much-improved controls in iOS 15, according to a PhoneArena post.

Even though iOS 14 was a significant redesign, it retained the same configuration menu style as previous versions. The Settings interface appears cluttered due to the ever-expanding feature collection. It’s no surprise that many iPhone users considered their devices to be in a state of disarray.

However, with iOS 15, this is expected to improve. According to reports, the updated configuration menu would be intuitive, making navigation easier. It can borrow some design elements from macOS BigSur. Finally, you would be able to find a way to switch off bedtime alerts or disable auto-playing videos in Safari!

These all were rumoured changes, details on the release date, and everything which you should be knowing about the upcoming Apple iOS 15 update.

With WWDC just around the corner, Apple will shortly announce all of the well-kept secrets about iOS 15. This detailed article will be updated on a daily basis to keep you up to date on iOS 15 functionality, compatibility, and leaks.