India has witnessed a massive growth in startup entities especially since the launch of the Startup India program by the Government of India. Gone are the days where playing safe was preferred. Today is the time of taking risks and trying out new things. Perhaps, this is the reason why the Indian youth is coming up with new ideas and initiatives which has boosted the Indian Startup funding. This has further resulted in India becoming the third largest startup ecosystem in the world.

For a nation to grow and sustain its growth, it is important that it is able to generate employment and develop advancement, be it in terms of technology or economy. Startups are considered as one the biggest source of employment generation. The startups are solving one of the most crucial problems of the present scenario – unemployment. In 2019, startups added more than 60,000 jobs.

Moreover, it also brings up a required and healthy competition in the economy. In 2019, the tech industry saw a massive rise of over 1300 startups, which in total means India now has more than 8900 startups. As inspiring as the growth may seem, we can’t miss out on the heart of startups without which, the startup eventually dies out. Yes, I’m talking about funding. Thanks to the massive success that India has had in recent times with its startups, investors from all over the market are interested in the mutually beneficial business.

Below are the new members of the Indian Unicorn team –

Soon to be Unicorns or Soonicorns of the Indian Startup ecosystem –

This year saw a rise of 8.7% in the first half (H1) of 2019 which means the startups have raised $4.88 billion. The average deal sizes increased as the number of deals saw a fall of 3% which is a representation of the confidence and interest of the investor in the Indian startups.

A total of $7.67 Billion has been raised from January 2019 to September 2019 by 536 companies across 603 deals. Delhivery, being the top company by the deal size and volume among others.

In terms of the cities, Bengaluru has emerged as the top Indian city attracting startup funding, again despite Delhi-NCR being home to 10 unicorns and having more startups than any other cities. Bengaluru witnessed a total of 204 deals which calculated $3.46 billion in the same period of 2019. The second one on the list is Delhi-NCR with 175 deals which totals $2.43 billion. The third spot is taken by the Industry hub, Mumbai with 121 deals which totals $726 million.

In 2019, twenty-one companies have managed to secure more than $100 million in the 9 months. Out of this, 41 deals have secured $4.07 billion which is more than half of the total fundings.

Even though Ola has managed to raise more than $500 million in a spread of 6 deals for Series J and other rounds, whereas Delhivery secured $528 in 2 deals. There was no single mega-deal involved in 2019 which raised more than $500 in this span of nine months but a few huge fundings are expected in the fourth quarter of the year.

Active-Investors in the Indian Startup

The top 3 active investors spot is taken by the famous trio Sequoia Capital, Blume Ventures and Accel Partners. Apart from them, there are many other familiar names in the list but Tiger Global, Lightspeed, and IAN have recently made their entry in the list of 2019. Furthermore, the total investment made is also higher than that of last year due to the fact that the bright fire of the Indian startup ecosystem continues to attract new investors. Moreover, the recent results have gave them the confidence to back up their companies even when the GDP is down.

It is indeed astonishing to see that the startup economy of India is holding up strong even after the election and lower GDP, this is the proof of how confident the investors are and how determined the companies are. 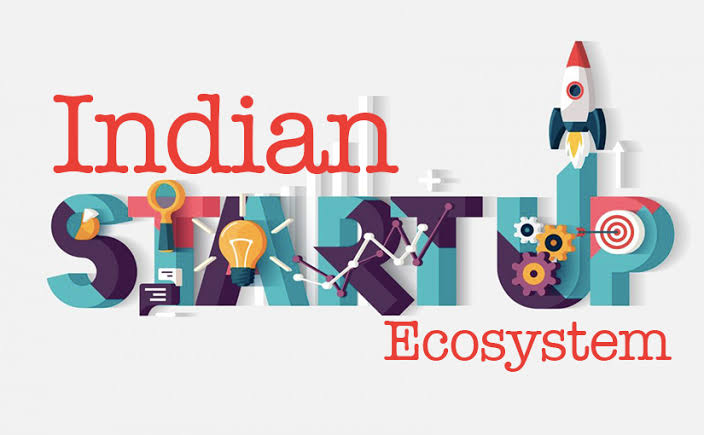 This is the reason why it is predicted that by 2025, India will have a minimum of 100 Unicorns which will create over 1 million direct jobs. The future of the Indian Startup Economy, is indeed, very bright.